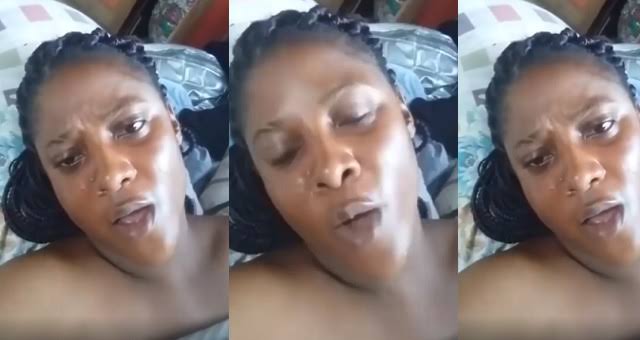 A 30-Year-Old lady has lamented after finding out that her own mother was sleeping with her huaband.

The lady revealed how her mother forced her to have abortion on two occasions because she wasn’t married to her husband at that time.

She added that her husband landed a deal about two years ago and thought of going to see her mother to ask for her hand in marriage only for the mother to reject the proposal because the man she (the lady) has been dating for four years at that time is an Ewe.

She said her mother during her wedding even left before they could even say their vows and was nowhere to be found during the reception.

She stated 2 years into her marriage, she now found out her mother is dating her husband and didn’t want the marriage to go on because she felt the man will give much attention to her {the daughter} and is wishing for her to die so she can take her place.

Read the full story below;

I write to you with so much bitterness in my heart ,I will hit 30 very soon ,I met my husband 6 years ago and introduced him to my mum everything Was going on well until I got pregnant then my mum advised me to abort since the society will laugh at her as a single mother who couldn’t raise a good child so she told us and we agreed and I aborted the baby since my husband was not financially stable

then even tho I was working but along the way I got pregnant again and this time around we decided to keep it because we felt we were ready but then again my mother stood against it and even decided to end her life if I keep the baby so I aborted that too which my husband didn’t hesitate, hhhmmm now I told my man that before anything we need to be serious and get married so we could settle.

Tima can you imagine that 4 years into the relationship which was last two years my man landed a very juicy deal and his life turned around for good so immediately he came to see my mum to officially announce to her his intentions for me only for my mum to say he’s an ewe so she won’t agree and Tima I just didn’t understand the whole scenario,

I felt my mum was going crazy or something,so after 4 years with two abortions this woman waited to tell us this ? Tima I loved my man so much that I was willing to do anything for him so I stood against my mum’s Will and reported her to my uncles and lo and behold in 2019 April we got married,

Tima can you believe my own mother came for the wedding and left before we could even say our vows, hhhhmmm and at the reception she was no where to be found, Tima everyone was just shocked by her behavior so I had no option than to ignore her actions, after the marriage all was well until just 3 days ago my husband had an old Samsung he used to use way back but because he got a new phone he abandoned that one so I was doing a clean up at home and chanced upon it,so I also needed a spare phone due to the nature of my work and decided to try and see if it could still work so I put it on charge for a while and boom it came on, hhhhmmm, I then put my new chip in and set up the WhatsApp and since there was already a WhatsApp my husband was using it.

And since there was already a WhatsApp my husband was using it was easy to just set it up and before I knew it all his old messages popped up as Soon as I reconnected the WhatsApp with my chip ,hhhmmmm Tima I just couldn’t believe my eyes not knowing my mother who gave birth to me was all along dating my husband before we got married and didn’t want us to have kids because she claims it will make my husbands attention shift from her to me,

Jesus what an abomination I was just shaking so I decided to wait when my husband comes then I check his phone to see if they are still dating after we got married hhmmm Tima oo and behold the messages I saw was just too much,

My mum was still sleeping with my husband I saw nak*d pictures of her in their chat and praying that I die so she Takes my place hheerrr my own mother oooo hh bymmm Tima as at now I’m talking to you I want to end my life ooo,my mum had me when she was only 20 years and now she’s 50years but looks very young ,I’m shaking as I type please what do I do ? .”