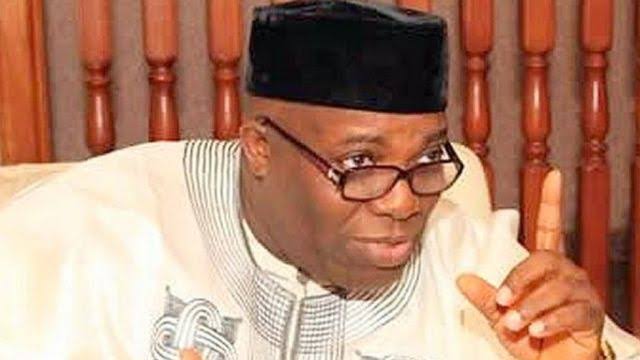 A former spokesman for two former Presidents ( Olusegun Obasanjo and Goodluck Jonathan), Dr Doyin Okupe, in this piece, says he will run for President in 2023 if insecurity facing the country does end by then.

I will run for President in 2023 if banditry, kidnapping, criminal herdsmen ravaging the Southwest and Boko Haram continue unabated.

I will also submit a post-dated letter of resignation from office by myself and the vice president to the NASS. It will be dated 30th September 2025.

It shall be activated by a vote of a two-thirds majority of the joint sitting of the National Assembly, who would have satisfied themselves with the fact that my administration has not done enough or anything substantial in the war against the above listed four scourges that have plagued this nation.

I say all this with a great and profound sense of responsibility considering the gloom and perplexity that these menaces have brought on our nation while we all appear helpless and hopeless and we have a raging internal war, pervading dear of insecurity and lack of safety, severe inter-ethnic hatred and strife tending to tear the nation apart.

I sincerely believe that things do not need to be the way they are. I have been a very close aide of two great Presidents and have been close enough to power to know what can be done under these perplexing circumstances.

This write up is not about immodesty. I am convinced within myself that I have the knowledge, intellect, exposure and experience that will be required to lead this nation out of its present predicament if no other serious-minded person is willing to offer themselves.

As a teaser, I will elaborate briefly but not in too many details on what the government can do to curtail this rampaging menace.

As President, I will declare a state of emergency in the affected states. I know politicians will not like this. But without security, the nation and its politics will neither survive nor exist.