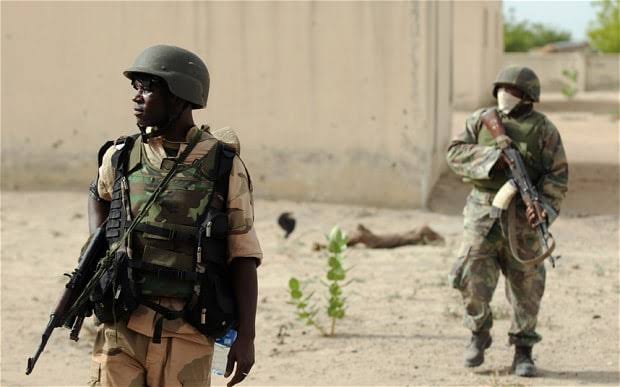 A soldier with the Nigerian army school of armour in Bauchi has killed himself, military sources have said.

The soldier, whose name was given as Bello Useni, was at his duty post at the Obienu barracks in Bauchi, when he suddenly cocked his rifle and shot himself in the stomach.

The incident happened around 4pm yesterday.

It is not yet clear what led the soldier to kill himself.

The soldier was said to be one of those newly recruited in 2020, and his first posting had been the army’s school of armour in Bauchi.

“He was on duty alongside his colleagues. They were all discussing normal soldier things and suddenly, he pulled out his gun and shot himself in the stomach,” one of the sources said.

“In fact, we couldn’t even rush him to the hospital as he died on the spot.”

Newsmen made I clear that his body has been deposited at the mortuary in Abubakar Tafawa Balewa Teaching Hospital (ATBU), Bauchi.

The other soldiers he was with at the time of the incident, Newsmen gathered, have been locked in the guardroom, pending investigation.

The incident, sources said, has been communicated to the army headquarters, and a board had been set up in the barracks to investigate the matter.

Mohammed Yerima, army spokesperson, was not immediately available to comment on the incident.

The twists and turns of Rwandan Rusesabagina