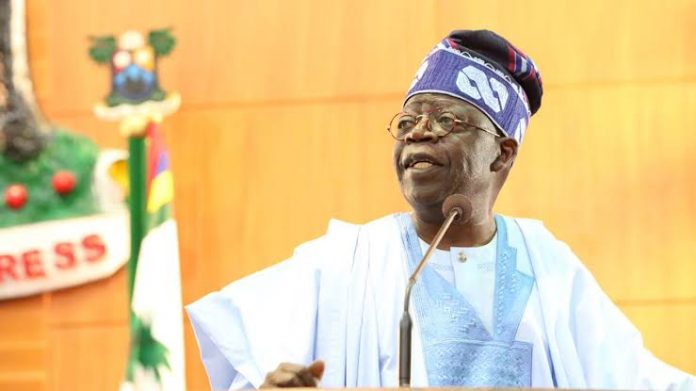 The National Leader of the All Progressives Congress, Bola Tinubu, has said that Lagos State headed in the wrong direction between 2017 and 2018.

Though he did not mention any name, that was the governorship era of Akinwunmi Ambode in Lagos.

Tinubu said this during the inauguration of the Agege Pen-Cinema Bridge in Lagos State today.

The construction of the flyover bridge at Pen Cinema begun under Ambode’s administration but he was absent during the inauguration.

The APC national leader said the “wrong direction” that the state was moving towards led to the decision of political leaders to replace Ambode.

According to him, many political leaders were initially skeptical about the choice of Governor Babajide Sanwo-Olu and Obafemi Hamzat, but they were later convinced.

He also described the loss of Ambode in a primary election to Sanwo-Olu as “historical”.