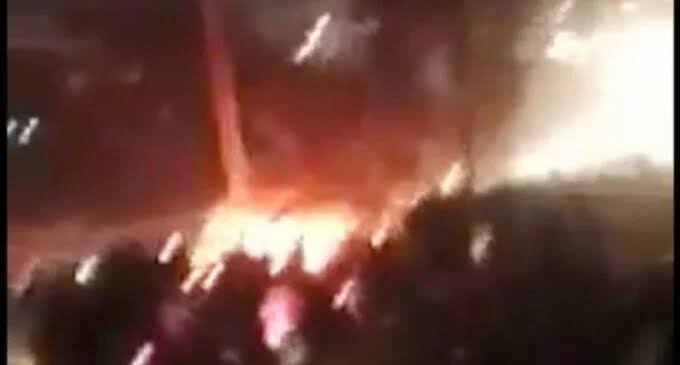 Many persons were feared to have been killed after a petrol tanker rammed into some vehicles along the Abuja-Keffi Nasarawa expressway on Saturday.

The tanker was said to have gone out of the driver’s control before colliding with the vehicles.

Newsmen could not immediately confirm the exact number of persons who were killed in the accident which happened at about 10 pm.

A few of the vehicles plying the busy route also caught fire after the collusion. It was not immediately clear if the tanker exploded.

A video of the scene showed residents lamenting the development which caused a gridlock along the route.

The expressway is known to usually experience heavy traffic especially along the Nyanya/Maraba axis.

The incident happened about 12 hours after a petrol tanker exploded along the Alagbole-Akute Road in Ogun state.

Nobody was killed or injured in that explosion.