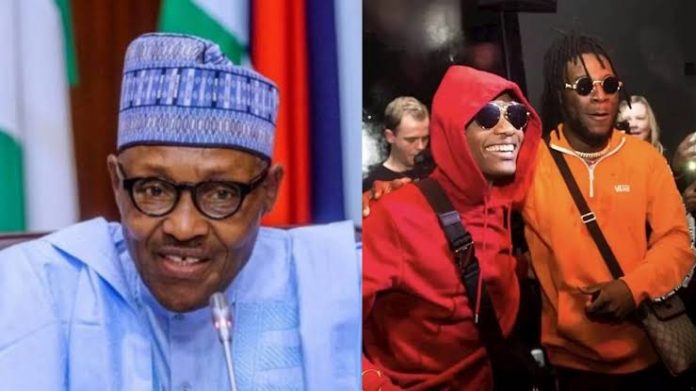 Congratulating the singer, Buhari in a statement signed by the Senior Special Special Assistant to the President on Media and Publicity, Garba Shehu, said Burna Boy’s contributions in the field of music have brought glory to Nigerians at home and abroad

“Congratulations to Burna Boy on being conferred the 2021 Grammy, the world’s most prestigious musical awards. He has made notable contributions in the field of music which have brought glory to Nigerians at home and abroad. We are proud of his path-breaking achievements,” he said.

The President also congratulated Wizkid who won an awarded for his effort in Brown Skin Girl, a song by Beyonce, Blue Ivy and St Jhn which is from Beyonce’s Lion King: The Gift album.