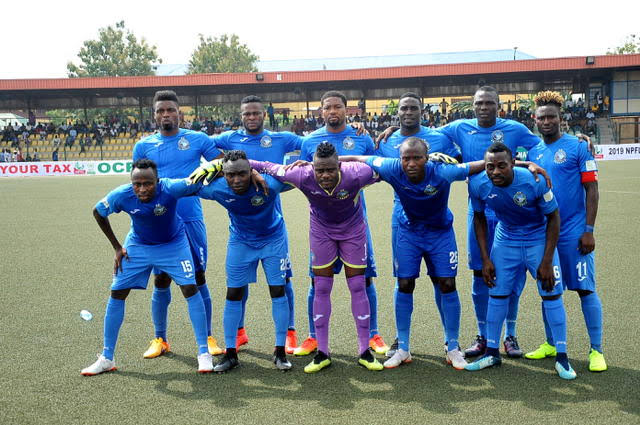 Players of Enyimba Football Club have threatened to remain in South Africa over the alleged non-payment of their February salaries and allowances.

The protest comes a few hours after the Nigeria Professional Football League (NPFL) side and two-time African champions were beaten by Orlando Pirates in their CAF Confederation Cup clash yesterday.

In a chat with Newsmen, one of the players, who pleaded not to be mentioned, lamented that they have not been paid their salaries and allowances for last month.

The sources also stressed that the players have vowed to stay put in South Africa until their demands are met.

“We are tired of the promises and not fulfilling it. We have needs to take care of,” the player told Newsmen.

“We all have responsibilities. March is going to end soon, we are here talking about our February salary.

“We signed for this job but the management of the club should do their part. We came to South Africa without a dime. Now the chairman of the club is telling us stories again. All we want is to be paid what we have worked for.”

The team is billed to depart for Nigeria by 11:30 pm local time (10:30 Nigerian time) but the itinerary seems to have been hindered by the latest protest from the players.