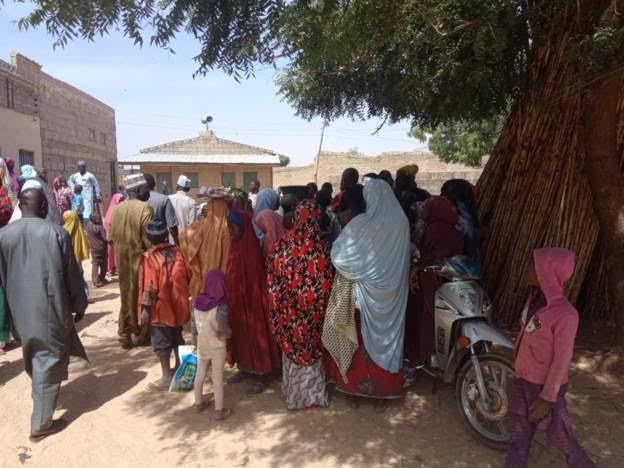 About 56 residents of Gwangwan village in Kano state have reportedly been vomiting and urinating blood due to an outbreak of a mysterious ailment that struck the village.

Gwangwan village, which is 136 kilometers away from Kano city and located at Rogo local government were seen in a terrified situation, with people confused and scared.

A member of the community from the Muhammad Tukur said six places within the village were affected and about 56 persons have contracted the ailment since the outbreak.

“We rushed no fewer than 30 people to the Rogo General Hospital since within a day of the outbreak.

“So far only one person has died as a result of the outbreak. Most of the victims of the disease have complained of spending a lot money on the disease” he explained.

A family man whose two kids have been affected complained that he has so far spent over twenty thousand naira in the hospital trying to get them treated despite the hard times they are facing financially.