A lady has taken to Twitter to narrate how a man in a taxi hit her friend for refusing to tell him her name.

Stella has taken to her Twitter page, @stellaachonye to show the face of a lady who’s bleeding profusely on the face.

She has addressed the lady as her friend as she narrates the ugly incident.

According to her, the issues began when a young man approached her friend to woo her.

The event occurred in a taxi as the man tried initiating a conversation with her, but she didn’t oblige. Neither did she disclose her name to this man.

Angered by this, the young man hit her face until she bled.

In the video circulating, the man was seen bragging about his “hot” girlfriend. This is after assaulting the lady. He further called her ugly and reprimanded her for feeling too proud of herself.

Stella further reported that the young man has been arrested and is presently chilling at the Ozuoba police station in Port Harcourt. 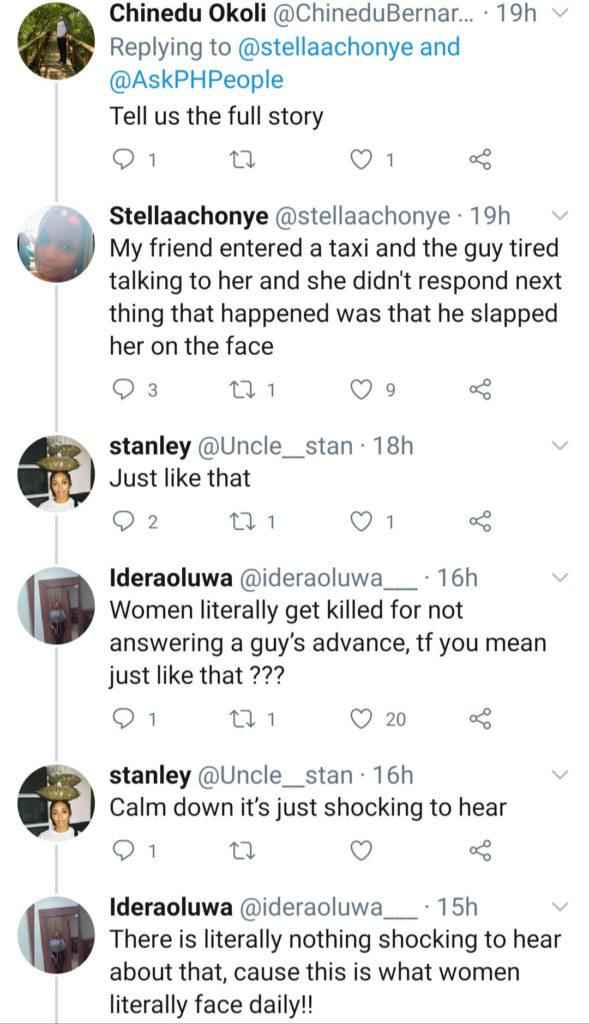 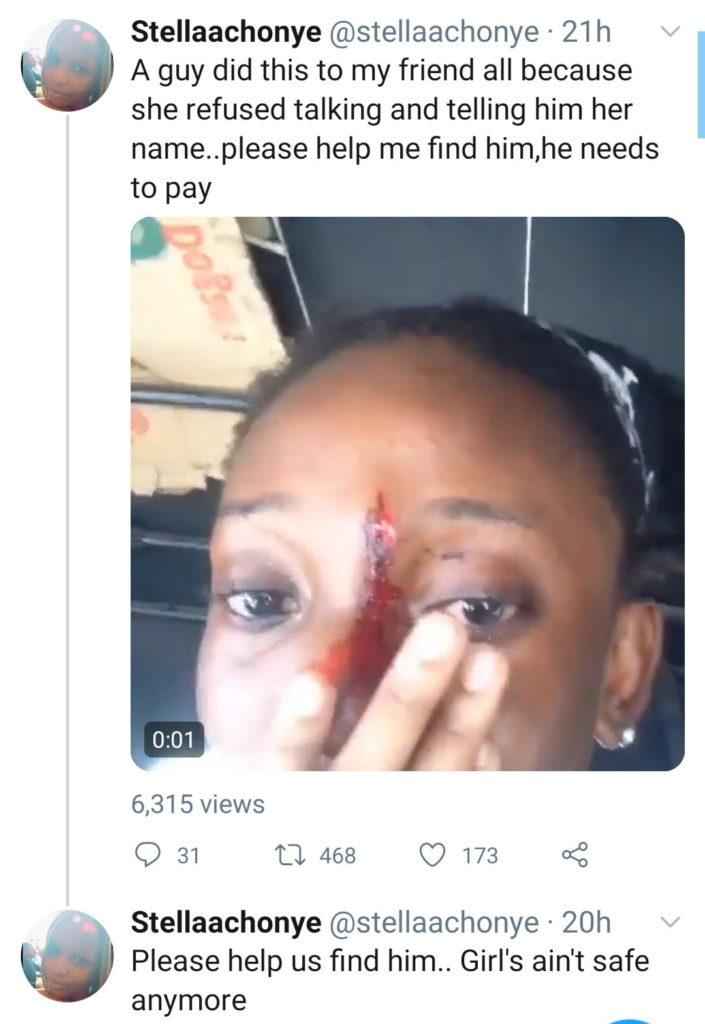