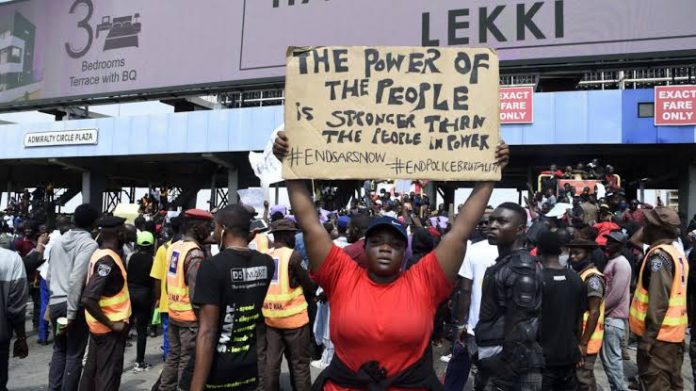 Two US Congressmen, have reintroduced the #EndSARS Resolution in the 117th Congress, as they stressed that human rights abuses by men of the defunct Special Anti-Robbery Squad must be investigated.

In a joint statement on Tuesday, the two lawmakers, Al Green and Joaquin Castro, stressed that human rights abuses by men of the defunct Special Anti-Robbery Squad must be investigated, adding that victims must get justice.

Last year, Nigerian youth took to the streets in numbers to protest against police brutality, though the protest was marred by more violence.

“On the heels of a widespread movement in the United States demanding police reform after the brutal killing of George Floyd, I – along with much of the rest of the world – was heartbroken when a video surfaced on October 3, 2020, appearing to show the horrific killing and robbery of a Nigerian man by Special Anti-Robbery Squad officers. #EndSARS joined #BlackLivesMatter as a global rallying cry calling for justice.”

“As we continue to work toward this goal in the United States, awaiting the Senate passage of the George Floyd Justice in Policing Act of 2021, it is imperative that we maintain solidarity with peaceful protesters in Nigeria demanding justice, accountability, and meaningful security reform from their government.

“This is in part why I and Congressman Joaquin Castro have re-introduced our resolution in support of the #EndSARS movement in Nigeria. We understand the importance of sending a strong message that the ongoing events in Nigeria are of international concern, because Black lives matter wherever they may be in the world.”