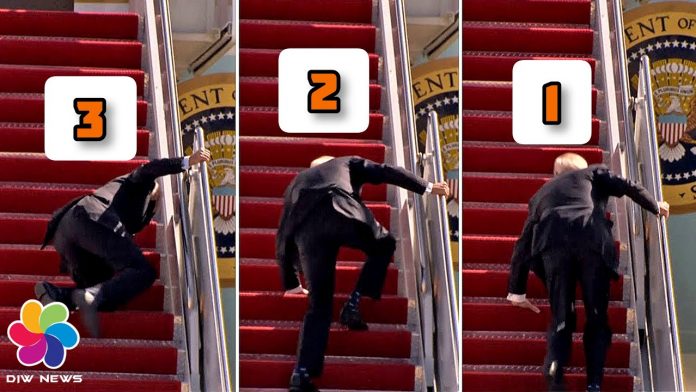 US President Joe Biden, yesterday, fell three times while climbing the steps of Air Force One at Joint Base Andrews, while on his way to Atlanta.

In a viral video, the president is seen climbing the stairs, during which he loses his footing and trips thrice while holding onto the railing with his right hand.

He, however, gets up, dusts his left knee, and climbs the remaining steps up before turning around to salute the air force personnel on the runway.

Commenting on the incident, Karine Jean-Pierre, deputy press secretary at the White House, reportedly told journalists that “It was very windy. I almost fell coming up the steps myself. He is doing 100 percent fine.”

Also, in a tweet, Kate Bedingfield, White House communications director, maintained that the US president was “just fine” and did not require any medical attention after the fall.