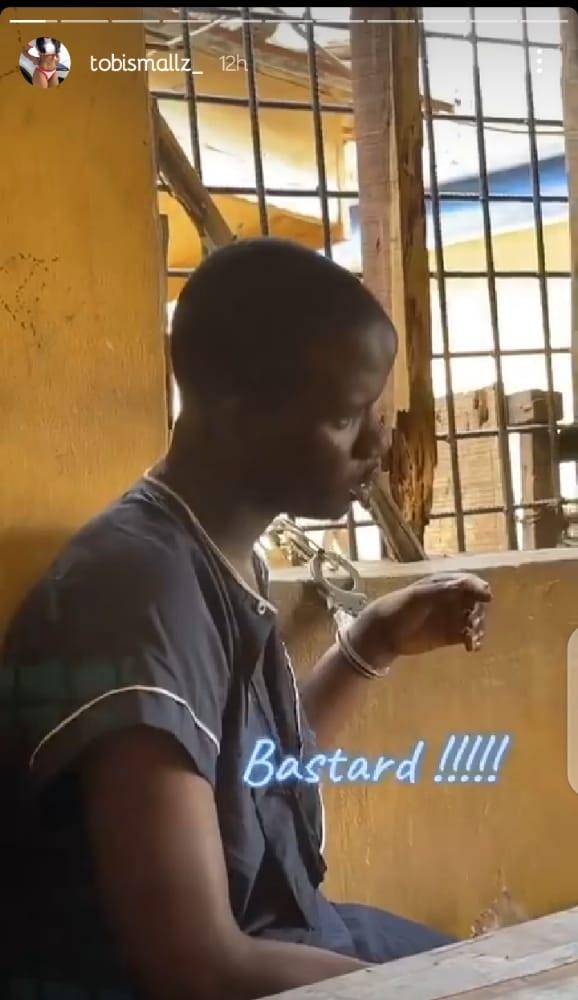 A Nigerian lady has taken to social media to recount her ordeal, after she was hypnotized and duped of 3.2 million naira by some men who paraded themselves as prophets. 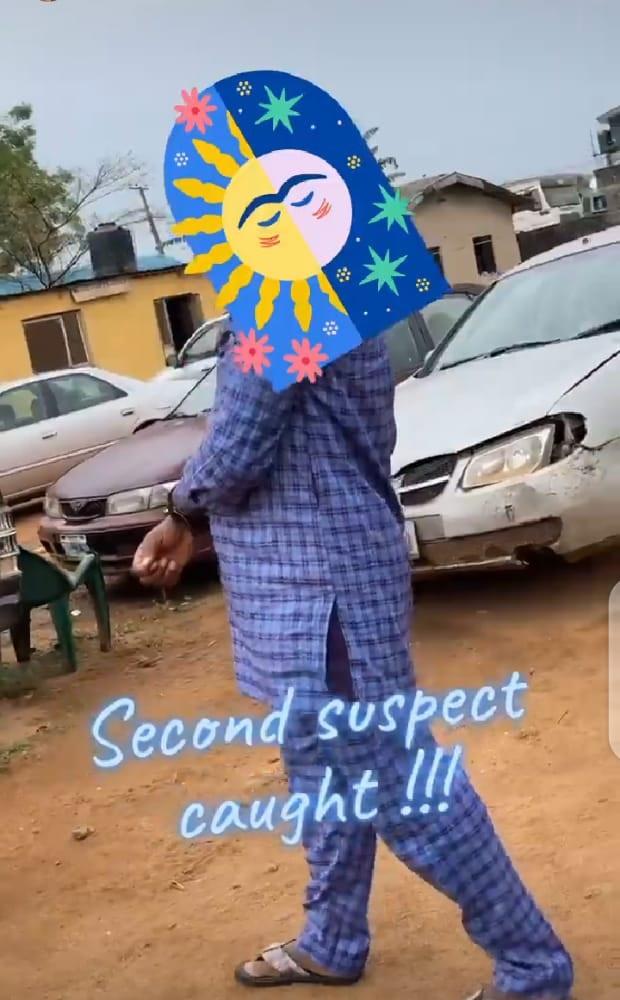 According to the young lady identified as Tobismallz on Instagram, In February 2021, a young prophet approached her with the warning of seeing a bad omen around her, which was followed by exchanging contacts for follow up.

On the evening of February 4th, she reached out to him, and the prophet told her more personal shocking revelations about herself, and was asked to come to a church for prayers.

In the church, she was hypnotized and this caused her to withdraw the sum of 3.2million naira from her account.

Tobi revealed she kept begging and borrowing more money from family and friends, until her mother realized she wasn’t doing things on her own accord.

Although the prophet and his accomplice has now been arrested , Tobi described the experience has depressing and revealed she was at the verge of committing suicide, but was saved by family and friends who stood by her.

Read her full story below, 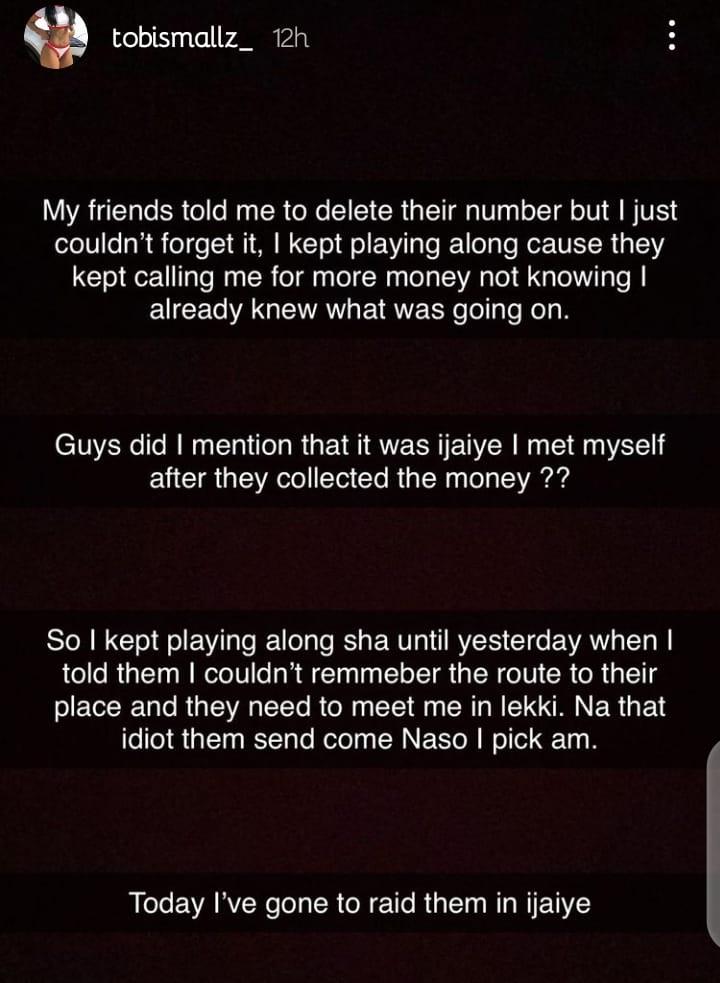 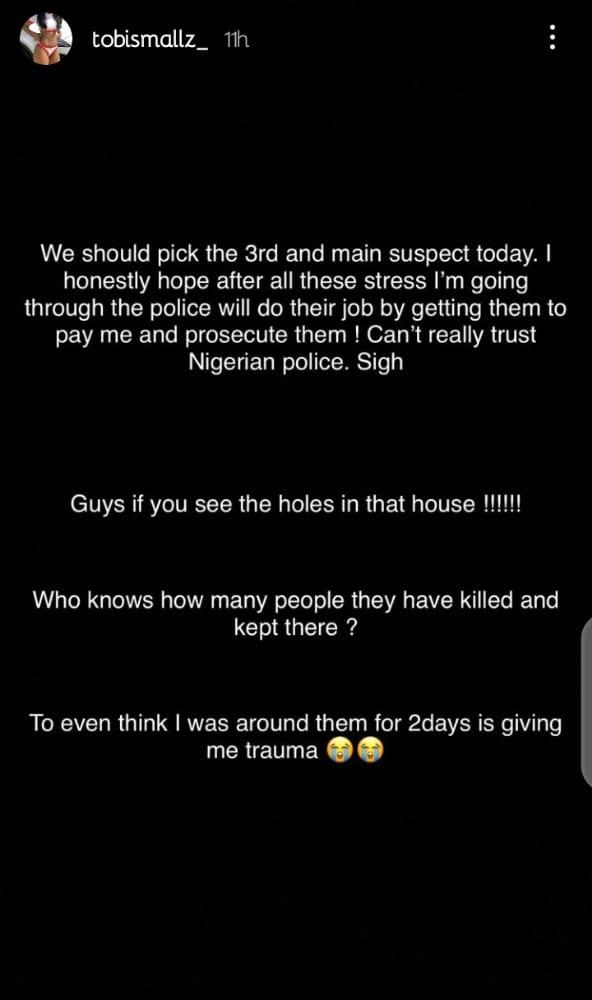 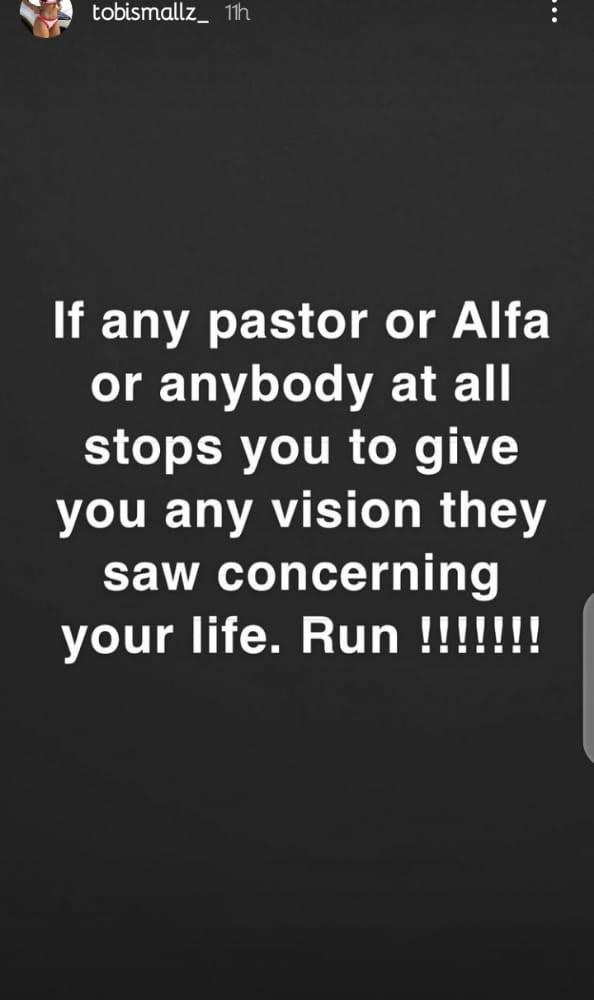 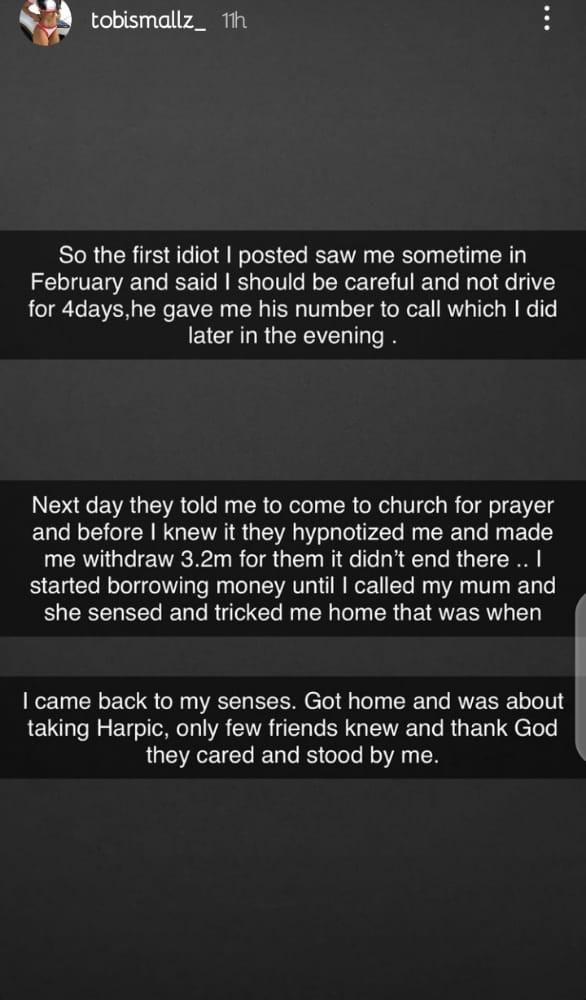 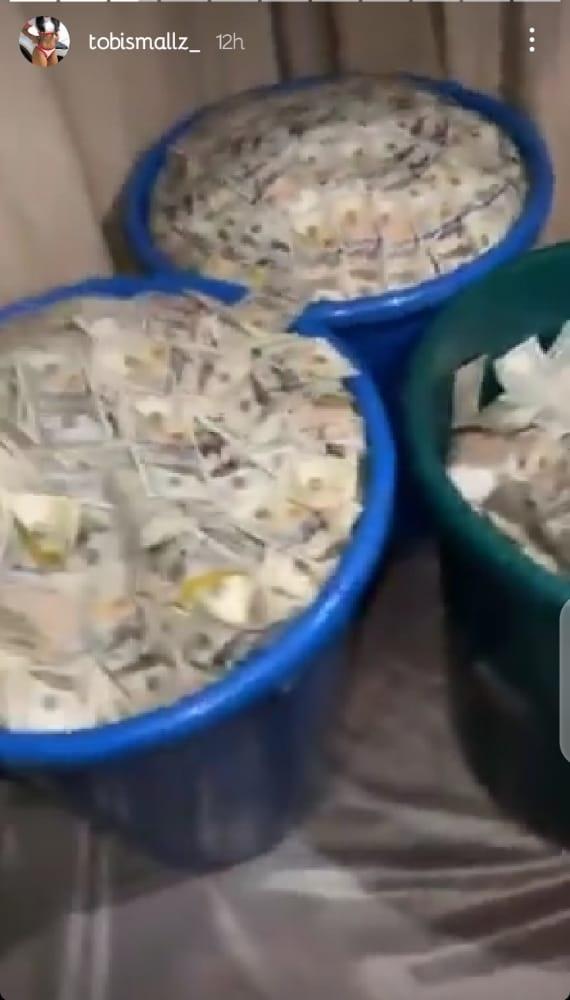