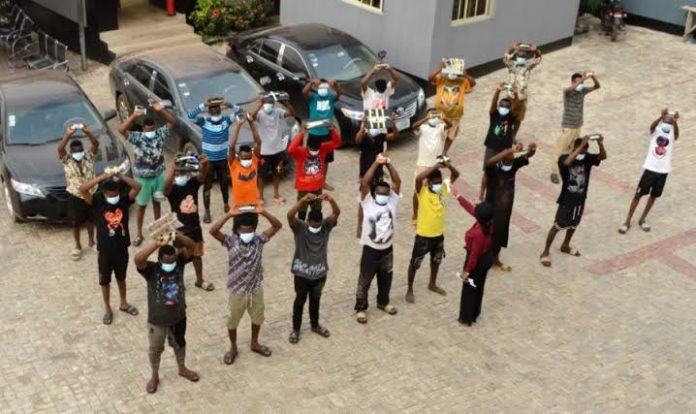 The Economic and Financial Crimes Commission (EFCC) has arrested 34 suspected internet fraudsters in Ibadan and Lagos.

This was contained in a statement signed by its Spokesperson, Wilson Uwujaren, and made available to newsmen on Thursday in Ibadan.

Uwujaren said the suspects were apprehended during separate operations in Ibadan, Oyo State and Lagos.

The spokesperson said that 24 suspects, most of whom claimed to be undergraduates, were apprehended on Thursday at their hideout in Apete area of Ibadan.

He said the early morning raid followed actionable intelligence on their alleged involvement in internet-related crimes.