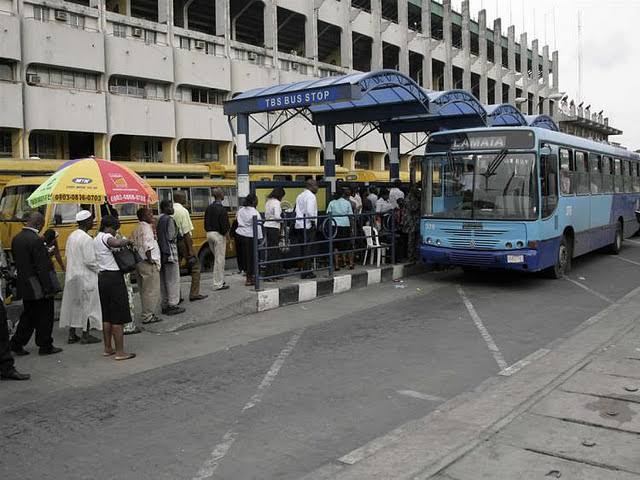 As early as 6 am, Hundreds of commuters were seen at various bus shelters waiting endlessly for the buses just as commercial drivers seized the occasion to increase fares exorbitantly on the route.

At Ikorodu and Mile 12 Terminals, hundreds of commuters were seen lamenting the situation. It was the same stories at Ketu, Ojota and Maryland up to Fadeyi as commuters lamented the situation.

Some commuters who spoke with Vanguard said the bus operators ought to have known how vital their operation is and take various steps to inform members of the public before withdrawing their services.

Mrs How’s Tawakalitu who lives in Ojota, Mr Kunle Ejiro who boards the bus daily from. Ojota to Costain said she might end up spending a minimum of N800 from Ojota to her place of work as against N500. She said, “am less bothered about the fares but the stress and insults by the driver of Yellow buses popularly called “Sango drivers,” she said.

Another commuter Mr Ishola Fadairo expressed dismay over the manner of the suspension of operations by the buses.

According to him, “I patronize BRT regularly and issues like this ought to be posted at designated bus-stops to alert people, after all, we are partners in progress. I got to the BRT terminal in Ikorodu this morning only to see people gathered, waiting for other means of conveyance. Heard that the service has been suspended temporarily,” said the commuters.

Apart from the suspension of services, many commuters complained that the Cowry cards being used to board the buses need to be improved upon due to so many shortcomings.