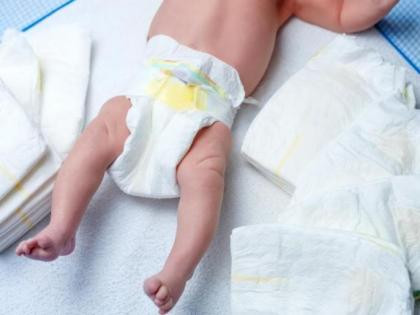 A new study has revealed that a new baby boy in Duhok, a city in Iraq, has three penises — making him the first-ever person documented to have such in history.

According to the study published in the International Journal of Surgery Case Reports, the baby was diagnosed with triphallia — a condition in which a male is born with three penises.

The study said the baby’s parents had taken him to the hospital for a check-up after they discovered two skin projections at the base of his scrotum when he was three-month-old.

Checks by doctors thereafter showed that the baby had two more penises growing out of his scrotum.

The study said the first one was about 2cm in length with glans and was attached to the root of the penis while the third one was about 1cm and was below the scrotum.

The researchers, however, noted that only one of the penises was functional resulting in the removal of the two others attached to the shaft of his actual penis through surgery.

The study said the development comes despite the fact that no genetic abnormality or drug abuse exposure was recorded during the baby’s pregnancy.

“There was negative history for drug exposure during pregnancy. The family history for any relevant genetic abnormalities and psychosocial histories were also negative,” the researchers said.

The study also said one in every five to six million boys is born with more than one penis, with around 100 cases of diphallia – two penises – recorded worldwide.

The first known case of supernumerary penises — the term used to describe extra members — was said to have been recorded in the 1600s.

But no case of triphallia was reported prior to the birth of the yet-to-be-identified boy.

Shakir Saleem Jabali, the lead researcher, revealed that there were complications associated with the removal of the two attached penises.

“Triphallia (three penises) is an unreported condition in human until now. Patients with supernumerary penises have unique presentation and no cases are identical. The position of the penis may be ectopic or orthotopic,” it added.

“Treatment is difficult because it poses medical, ethical, and cosmetic aspects. A combined multidisciplinary team is required for the management and long-term follow-up is required. Excision or reconstruction of the duplicate penis is required depending on the corporal development and anatomy of the urethra.”

The People That Took The COVID-19 Vaccine Are Pigs, Says Bishop Oyedepo