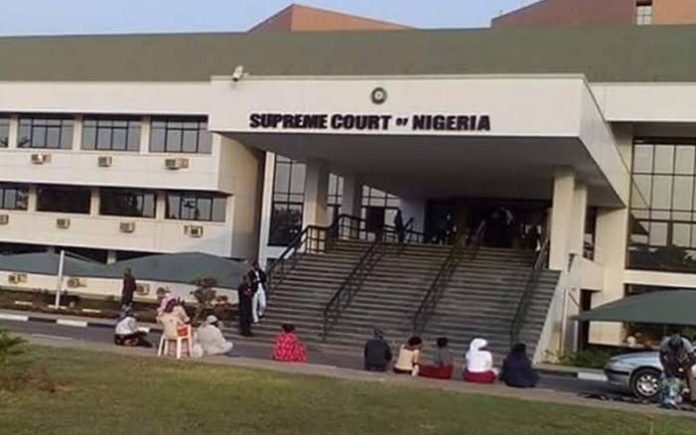 Staff of the federal high court in Lagos have been ejected from the court premises in an enforcement of the nationwide strike by members of the Judiciary Staff Union of Nigeria (JUSUN).

Isaiah Adetola, secretary-general of JUSUN, announced via a circular dated April 1 that the workers will down tool starting from Tuesday to protest the government’s failure to implement financial autonomy for the judiciary.

The unionists arrived at the court premises before 9 am and directed staff to vacate the courtrooms and offices.

Some of the offices had ”sealed notices”, indicating the commencement of the strike.

Staff of the National Judicial Council (NJC) and the Federal Judicial Service Commission (FJSC) whose offices are within the supreme court are also affected.

At the federal high court in Maitama, a staff told Newmen that “the gate has been locked since 6:30 am and taskforce are on the ground to enforce full compliance”.

Ibrahim Muhammad, chief justice of Nigeria (CJN), and the leadership of the Nigerian Bar Association (NBA) have begun taking steps to bring the strike to an end.

A meeting has been scheduled for 10 am today at the supreme court.