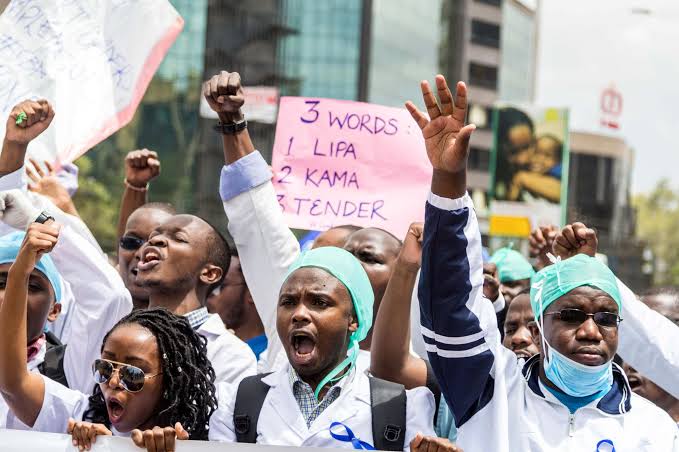 The National Association of Resident Doctors (NARD) has vowed to continue its nationwide strike that has prevented access to healthcare across hospitals.

The resident doctors embarked on strike on April 1 to protest issues that mostly bother on poor remuneration and conditions of service.

Among their demands is a 50 percent increase of the N5,000 they are being paid as hazard allowance — see how this compares with earnings of federal lawmakers.

At its national executive council (NEC) meeting on Wednesday, the association said there is no going back on their resolve to down tools until all their demands are met.

The doctors also accused the federal government of being insincere in its response to their grievances.

“The NEC unanimously voted that the ongoing total and indefinite strike that started on the 1st of April 2021 be continued until the federal and state governments of Nigeria meets up with our demands,” NARD said in a communique sent to Newsmen.