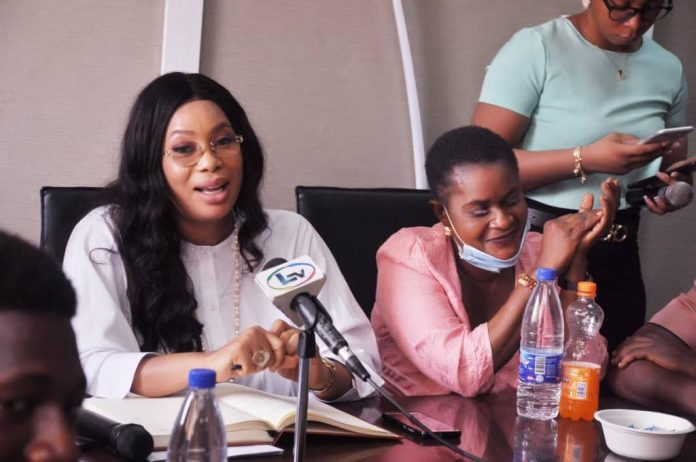 The lawmaker representing Amuwo Odofin Constituency 1 in the Lagos State House of Assembly, Hon. Mojisola Oluwa Alli-Macaulay has urged the youth of her constituency to support the state government so that more dividends of democracy would be attracted to the area.

Alli-Macaulay, who was addressing some youths from her constituency on Thursday, stated that many people misunderstand the roles of lawmakers as against what the executive does.

The lawmaker used the opportunity to clarify her alleged statement when she was quoted to have said that “The Youth Are High On Drugs” at plenary few months back, adding that everything that is discussed in the Assembly is based on an order paper and the topic that was discussed on the said day was on the order paper of that day – which was the unrest in the nation at the time, which had invariably led to the destruction of state properties by alleged hoodlums running to trillions of naira.

She says, “I was the 38th person that spoke that day. That was when I made my own suggestion, expressing my discontent and also wondering how things escalated to that point and that carnage was a taboo in the state”.

“I never mentioned Amuwo Odofin in my statement. In my statement I said the parents should also be blamed for some of these things as it is their duty to train up a child because the family is the smallest unit of a Nation. We were talking about hoodlums at the time and not Nigerian youths, the lawmaker adds, and Amuwo Odofin youth also confirmed.

“If I had said something out of place, the Speaker would have called me to order. I also said that the National Population Commission (NPC) should do another population census so that we could have an accurate data base to tackle certain issues in the nation because with data, a lot of these issues bothering the youth can be addressed. 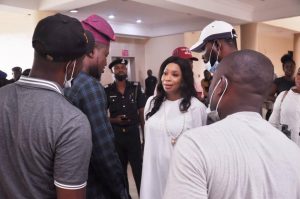 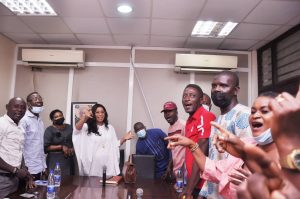 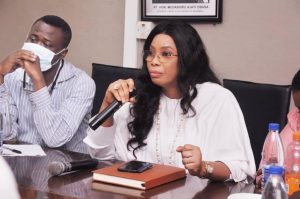 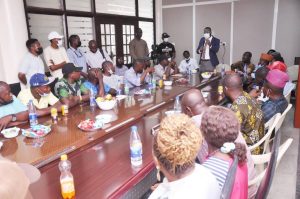 She also spoke on the hoarding of palliative allegation that was leveled against her. “It happened that the COVID 19 Relief materials that were given to us was moved to the constituency office to distribute to its rightful owners just at the time of my birthday celebration and I had women groups come in their numbers because I wanted to celebrate with them, I gave out Popcorn Machines, Sewing Machines, Hair dryers, Grinding machines, Ankara and Other Gifts and the beneficiaries of these include Amuwo Odofin Market women association, Amuwo-Odofin widows Association, WOWICAN, Arewa women, Ohaneze women, APC NdigboAmuwo, Adamawa Michika women. SOUTH SOUTH women, CDC and women artisans.
I’m a woman. We have milk of kindness in our hearts.”

Alli-Macaulay revealed with facts that she had actually done many projects for her constituents, but that as a lawmaker, her job description is to deliberate on the problems of the people and make laws.

She stated that it was not her job to build roads, she revealed that she had done many borehole projects in Amuwo Odofin from her income and empowered a lot of people as she pulled out the records.

“I am a mother and a wife, so I will not allow people to suffer. It is not easy and it’s not because I don’t want to do anything for the youths. “We have had Children Party and I have spent a lot of money helping hundreds of women. We have all the records.

The lawmaker urged the youths to see her as partner in progress on the development of the area. She went on to encourage the youth of Amuwo Odofin, gave kudos to them for their perseverance, while she also encouraged them to take advantage of the ongoing membership registration of the All Progressive Congress, and take very good advantage of the ” Not too young to run bill,” to also get the opportunity to serve and make impact.