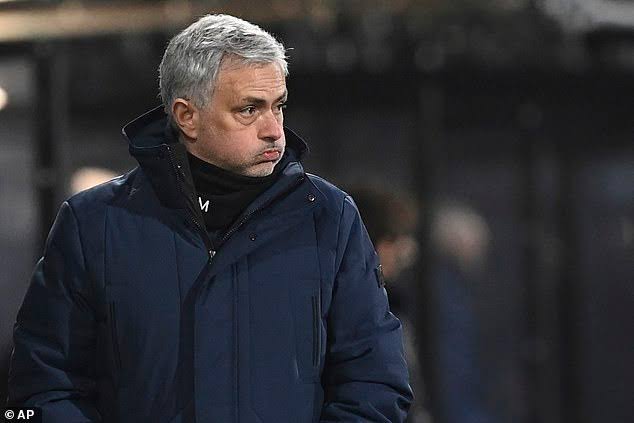 Jose Mourinho has been sacked at Tottenham Hotspur after being summoned for talks this morning, less than a week before the Carabao Cup final.

Mourinho’s stormy tenure has come to an end as chairman Daniel Levy takes drastic action over the club’s disappointing second half to the Premier League season.

It is understood that first-team coaches Ryan Mason and Chris Powell will take charge for the remainder of the campaign.

Tottenham’s 2-2 draw at Everton on Friday night leaves them seventh in the table, five points adrift of the Champions League places, and Levy has decided the time has come to axe the Portuguese.

Mourinho has dropped more points from winning positions this season than any other Premier League club and his relationship with a number of players has been fractious.

Appointed as Mauricio Pochettino’s successor in November 2019, Mourinho guided Tottenham to a sixth-placed finish in his first season.

Tottenham return to league action on Wednesday night with a game against Southampton.