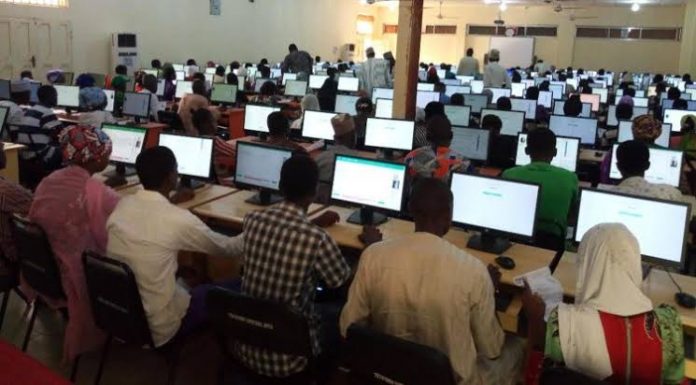 The Joint Admissions and Matriculations Board (JAMB) says the board will introduce the use of USSD code as an option to the SMS process of generating a profile code for registration.

This, it said, was part of measures it had put in place to address some challenges experienced by candidates of its Unified Tertiary Matriculation Examination (UTME).

The Registrar of the board, Prof. Is-haq Oloyede, disclosed this during a news briefing at the board’s headquarters in Bwari, Abuja, yesterday.

Oloyede said the use of the USSD code would commence from Friday, April 30.

He said the board had received complaints especially from parents of candidates who had tried to register their children and wards but had been unsuccessful.

He said that service providers had, however, continued to extort candidates by deducting N50 SMS charges at each trial to generate a profile without a positive response.

” Parents are being extorted when sending requests unsuccessfully and at the end, nothing comes or is delayed by the network, and yet, N50 is being charged and deducted.

” You must note that these charges do not come to JAMB but to the service providers.

” Therefore, we have asked all those concerned to go back and ensure that where a service is not fully rendered and charges were deducted, such monies should be refunded to the candidates.

” JAMB does not have the capacity to enforce this refund or monitor compliance but we are expanding our stakeholders to include Federal Competition and Consumer Protection Commission to do it.

” They will join our task force to check on any act of extortion, while we also invite Nigerian Communications Commission (NCC) to monitor and check on these service providers.

” Another option we are creating asides sending an SMS to 55019 to generate a profile code will include dialing *55019*1*NIN#.

The registrar, who frowned at candidates’ inability to follow the right procedure for the exercise, also said that the board, alongside its major stakeholders, had agreed to accommodate common errors made during the registration process.