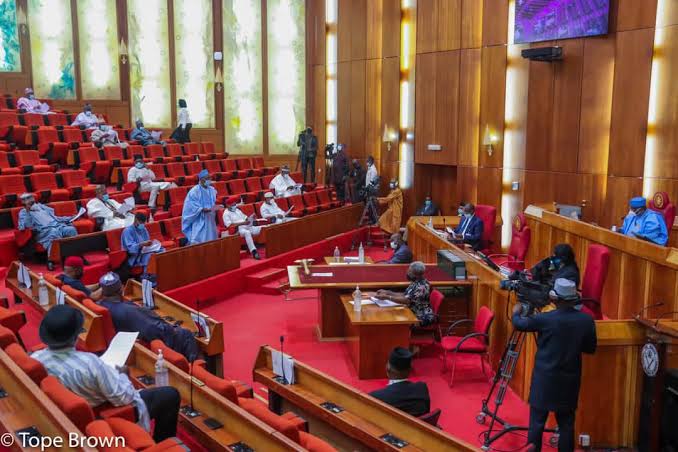 The service chiefs have appeared before the senate over Nigeria’s security challenges.

Other heads of the various security agencies such as the National Intelligence Agency (NIA), Department of State Services (DSS) and police are also in attendance.

They are meeting with the federal lawmakers behind closed doors.

The senate had summoned the security heads last week after it debated a motion on the country’s security woes.

Mohammed Sani Musa, senator representing Niger east, had drawn the attention of his colleagues to reports that Boko Haram had hoisted its flag in Shiroro LGA of Niger state.

They were to appear before the red chamber on Tuesday but this was shifted due to the national security council meeting.

President Muhammadu Buhari has also had similar meetings with the service chiefs, geared towards finding a solution to the country’s rising insecurity.

In recent times, the country has been recording an increase in kidnapping, banditry and insurgency.

In the north, residents remain at the mercy of Boko Haram insurgents and bandits while security agencies and government facilities are increasingly becoming targets of attacks by gunmen in the south.