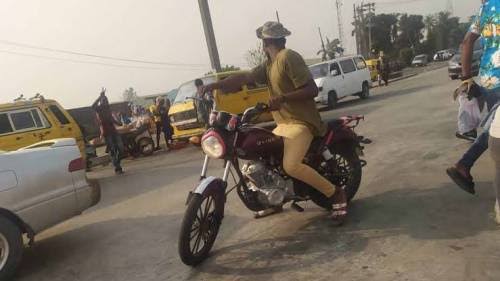 There is unrest in Ogba, Lagos over the alleged shooting of a motorcyclist also known as Okada rider by a police officer.

A source told newsmen that the unrest started yesterday when a police officer refused to pay for the service rendered to him by an Okada rider.

“It’s a bike man vs policemen fight. An Okada rider rendered a service to a policeman yesterday, then asked for money after dropping him off. He was shot by the policeman who refused to pay him.

“There was a sporadic shooting this morning. Like some minutes ago. And all the Okada riders are off their bikes getting ready for a riot,” the source said.