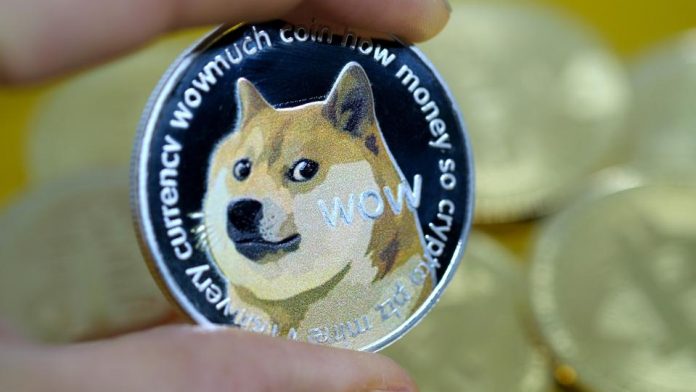 Dogecoin is the new Gamestop. At about $0.65 per coin as I type these words, the cryptocurrency that started as a joke is up 5% in the last day and over 13,000% YTD. Part of its rise has been fueled by Elon Musk.

A Musk tweet about Dogecoin sends the price up faster than a SpaceX rocket. And with Musk scheduled to host Saturday Night Live this evening, the Dogecoin bulls are hoping that a mention of the cryptocurrency tonight could send the price of the coin even higher.

Yet even Musk has urged caution. In a recent tweet, he said that while Dogecoin could be the future of currency, we should invest with caution.

So what does it all mean? Here are five things to keep in mind before betting the house on Dogecoin.

1. Dogecoin is unlimited
Much has been said about the 21 million limit on the number of Bitcoin that can be mind. Many justify the current price of Bitcoin based on this cap, comparing it to the seemingly unlimited printing of the U.S. dollar. The argument reminds me of a similar view of real estate back in 2007—the ain’t making more land. We know how that turned out.

Even so, Dogecoin is not subject to such limits. In fact, there are already more than 129 billion Dogecoin in existence. The number will only get higher.

2. Dogecoin is useless
I’m not making a value judgment here. In theory it could be used as a currency. But it’s not. Yes, there are a few things you can buy with a Dogecoin.

The Oakland A’s made news be selling tickets in exchange for Dogecoin. But that was a marketing stunt.

Of course, most cryptocurrencies are useless for anything other than hoping somebody will buy your crypto at some point in the future for more than you paid for it.

At least Ethereum has smart contracts and Bitcoin benefits from being first. Dogecoin just sits there.

3. Selling Dogecoin could be tricky
In theory, you should be able to buy and sell crypto with a click of a mouse or press of a button.

In theory. In reality, it’s not always so easy. Whenever volume spikes, Robinhood’s platform seems to fold like a lawn chair.

It happened with Gamestop, and this past week it happened again when the price of Dogecoin exploded.

With the current interest in Dogecoin at an all time high, and Elon Musk headed to 30 Rockefeller Plaza for SNL, one has to wonder just how quickly you can unload Dogecoin.

In today’s dollars that amounts to about $25 billion. Given a market cap of less than four times that amount, the whale could easily move the market lower if they decided to sell large blocks of the coin.

Some have argued that the stake is held on Robinhood’s platform. If that’s true, it’s worth re-reading #3 above.

5. You can’t “Invest” in Dogecoin
Finally, keep in mind that buying Dogecoin is not the same thing as investing in Dogecoin.

You can’t invest in Dogecoin any more than you can “invest” in a lottery ticket or a spin of the roulette wheel in Vegas.

You can certainly buy Dogecoin and hope and pray that the price goes up. Many have done just that, and some will profit. But Dogecoin is not an investment.

There is no reasonable basis to believe that a purchase of Dogecoin will result in more capital after factoring in fees and inflation. And that’s what investing is.

Investing, when done right, is boring. If you’d like to be bored to wealth, check out the 3-fund portfolio.

If you want to take your chances with Dogecoin, keep in mind what Warren Buffett has said about bull markets:

“A bull market is like sex. It feels best just before it ends.”