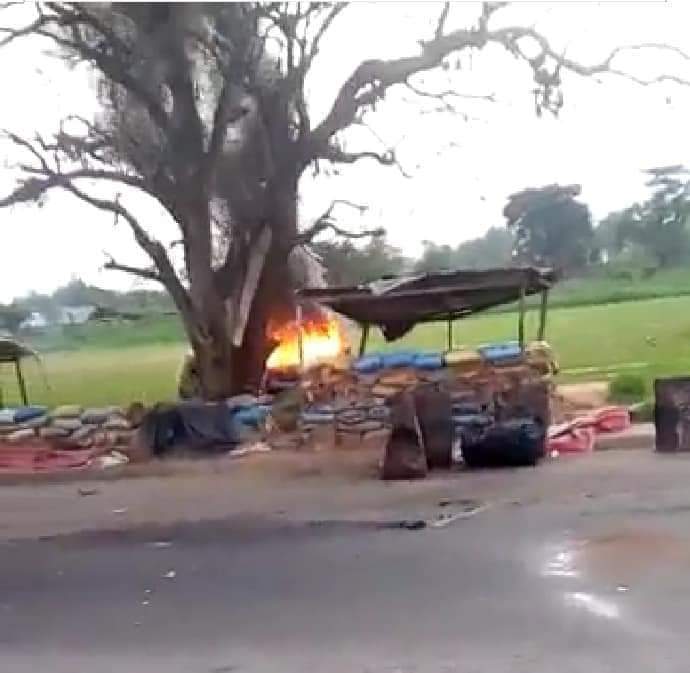 Five soldiers were allegedly killed when gunmen attacked a military checkpoint at Ihiala along the Onitsha -Owerri road.

The development has heightened tension in Anambra State as all roads leading to the state have been blocked by stern-looking soldiers.

An eye witness said the gunmen, who allegedly came in an SUV car, fired at the soldiers and destroyed their operational Hilux vehicle parked at the checkpoint.

Anambra State Police Public Relations Officer, PPRO, Mr. Ikenga Tochukwu who confirmed the incident said it happened at about 8.40 pm yesterday. Ikenga could, however, not confirm the number of casualties as he had not received the detailed report.

Following the blocking of roads by the soldiers in the state, people coming into or traveling out of Anambra State were stranded yesterday.

Mr. John Nwankwo, who was to travel to Abuja yesterday from Awka said their vehicle could not pass through the Niger Bridge as the soldiers blocked it in the wee hours of the day, just as vehicles were not allowed to enter Anambra State from Asaba in Delta State.

At the Amansea border town between Anambra and Enugu states, commuters also experienced a hectic time as the soldiers there caused traffic gridlock in the area.

In the meantime, the Anambra State government has banned movement throughout the state from 7 pm to 6 am till further notice.