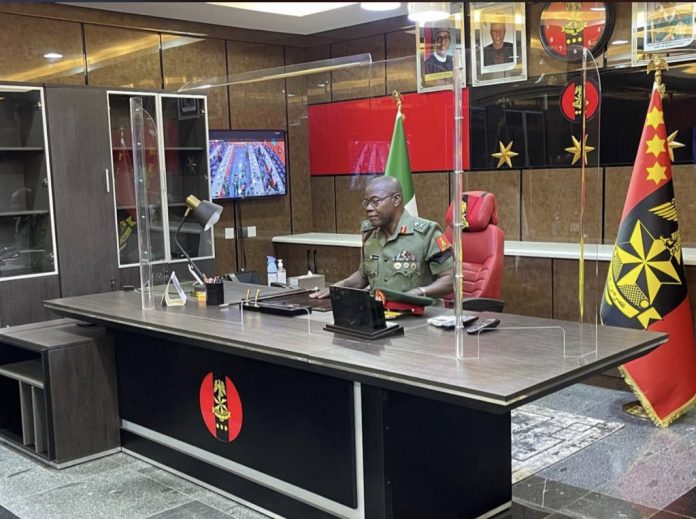 The appointment of my namesake, Major General Farouk Yahaya, as Chief of Army Staff to succeed the late Lieutenant General Ibrahim Attahiru who died in a plane crash on May 21 is yet another tone-deaf but entirely predictable mismanagement of Nigeria’s diversity at a time it desperately needs to be cared for with deliberate symbolic nourishment. 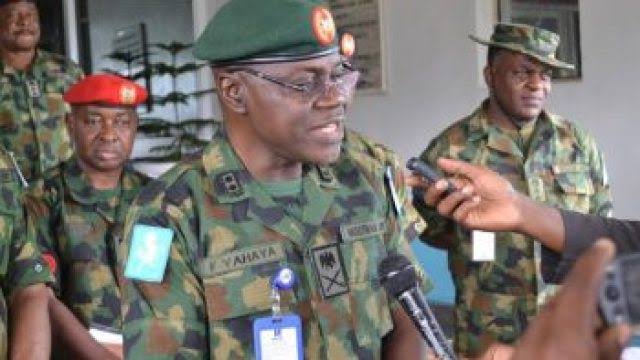 There is no question that General Yahaya is qualified for the job. His CV shows evidence of immense professional and academic preparedness for the position. But the alternatives to him are just as qualified, so this is never about competence for the job. It’s about symbolism and the politics of representation at a time of heightened national storm and stress.

Many people had hoped that the regime would appoint Major General Benjamin Ahanotu from Anambra State as Attahiru’s successor both to water the perishingly shriveling tree of national unity in the country and to pacify the Southeast whose sense of alienation in the last five years is resurrecting the ghost of Biafra secessionist agitation.

Since Ahanotu is just as professionally and academically prepared as Yahaya is, a lot more would have been gained in symbolic and substantive terms if the regime had chosen to not appoint another Northern Muslim to succeed a northern Muslim who succeeded a previous northern Muslim.

Although Obasanjo’s choices of Chief of Army Staff didn’t reflect religious diversity, they reflected regional and ethnic diversity. Goodluck Jonathan also chose only Christians from the South-South and the Southeast, which we condemned, but his security council was more broad-based than Buhari’s is.

Many well-placed northern politicians who are disturbed by the widening intensity of fissiparity in the Nigerian polity told me they intervened to ensure that the regime appointed someone other than a northern Muslim as Chief of Army Staff. One man told me he was part of a group that reached out to Professor Ibrahim Gambari, Muhammadu Buhari’s Chief of Staff, to persuade him to advise his boss to appoint Ahanotu—or another qualified southerner—as Chief of Army Staff.

Perhaps, that was where the group erred. Gambari has no powers to influence consequential policy decisions in this regime. A personage who is intimately familiar with the workings of the Presidential Villa told me a few days ago that Gambari was recently caught dozing off in the waiting room of Sabiu “Tunde” Yusuf, the 30-something-year-old cousin of Buhari’s who is also his special assistant.

The man said the fact of Gambari drifting off in Yusuf’s waiting room was indicative of the extended minutes, perhaps hours, that he had been waiting for the young man. But, for me, it emblematizes Gambari’s powerlessness and lack of access to the man he is supposed to be Chief of Staff to.

As dramatic as this revelation was, it wasn’t shocking to me. I have always known that Sabiu “Tunde” Yusuf, whose highest work experience prior to joining his cousin’s government was a phone recharge card seller, is the real successor to Abba Kyari.

In my November 23, 2019 column titled “Government of Buhari’s Family, By His Family, and For His Family,” I described him as “one of the most powerful people in Nigeria today. He determines who sees and who doesn’t see Buhari. Only Mamman Daura and Abba Kyari can overrule him.”

I also pointed out in my May 16, 2020 column titled “Real Reason the Buhari Cabal Picked Gambari as CoS” that Gambari’s linguistic “handicap” in the Hausa language would ensure that he isn’t sufficiently close enough with Buhari to have any meaningful interpersonal relationship with him. That, I said, would whittle away the influence of his office.

A May 25, 2020 exclusive Daily Trust story titled “How Buhari’s Chief of Staff, Gambari facilitated removal of TCN boss” proved me right. “The Special Assistant to the President (President Secretariat), Sabi’u Yusuf, the same day, wrote a letter referenced PRES/65-I/COS/3/750, addressed to the CoS, Prof. Gambari, conveying Buhari’s approval of his earlier memo,” the story said.

So, unlike Abba Kyari who had a direct access to Buhari and whom Buhari said all ministers should meet if they wanted anything from him, Gambari has an intermediary between him and Buhari, and that intermediary is a blood relative of his planted there by Mamman Daura, his Trinity College, Dublin-educated nephew on whom he has always been emotionally and intellectually dependent.

As I pointed out in my May 30, 2020 column titled, “Gambari: Embrace and Alienation of an Outsider on the Inside,” “The real Chief of Staff to Buhari is Sabi’u ‘Tunde’ Yusuf (of course, acting on Mamman Daura’s behalf) while Ibrahim Gambari is only the public face of the office— with some legroom to do the most obvious official requirements of his job.”

I’ve gone to this length to rejig the reader’s memory just to make the case that anyone who wanted to influence the appointment of the new Chief of Army Staff should have gone to Mamman Daura who is the real, if unofficial, president of Nigeria. But Daura has a really retrograde and fossilized understanding of Nigeria’s ethnic and religious diversity.

Nonetheless, in case people who can influence Daura are reading this, he should be made self-aware that in moments such as Nigeria is going through now, even little symbolic acts of inclusion go a long way. At the twilight of his life, he has become the luckiest Nigerian alive.

He has unofficial presidential powers without winning or rigging an election, staging a coup, or even being appointed. Even for the sake of his grandchildren, he should snap out of his provincial cocoon and save the country from avoidable implosion.

National cohesion doesn’t magically emerge out of thin air because people who are luxuriating in the decadent orbits of power facilely proclaim Nigeria’s unity to be “settled” and “non-negotiable.” Nation-building is never “settled”; it is always in a state of negotiation and renegotiation.

Unity is not an article of faith to be internalized and accepted unquestioningly. It is consciously sowed, watered, and nourished by acts of kindness to the disadvantaged, by equity and justice to all, by consensus-building, by deliberate healing of the existential wounds that naturally emerge in our interactions as constituents of a common national space, and by acknowledging and working to cover our ethnic, religious, regional, and cultural fissures. The efforts will never be perfect or fool-proof but doing something about a problem is always better than complacency and smug self-satisfaction.

Most progressive Muslim northerners I know are embarrassed to no end by the extreme and unprecedented Arewaization of appointments in this regime. They are embarrassed and worried because the lopsidedness of the appointments invites unearned hate to innocent northerners who don’t materially benefit from them, line the pockets of a privileged few, and alienate our compatriots from the South. That’s not sustainable if we still want a country.