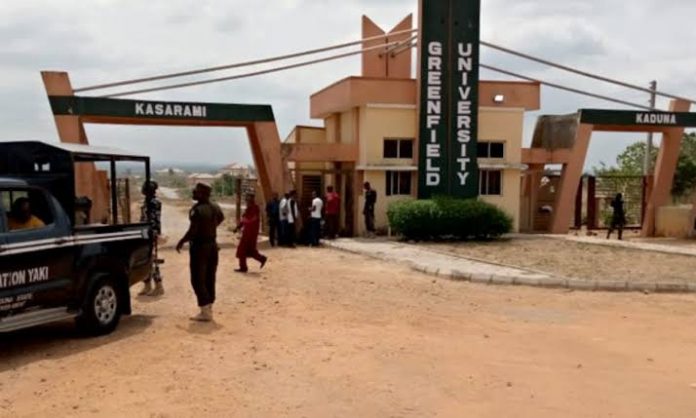 Fourteen of the abducted students of Greenfield University in Kaduna state have regained their freedom.

SKYTREND NEWS understands they were released this evening along the Kaduna-Abuja highway.

The students were abducted on April 18 when suspected bandits attacked the institution.

Three of them are still being held — almost six weeks after their kidnap.

It is still not clear yet if the ransom was eventually paid to secure their freedom.

Jalige did not immediately provide details on how the students were released.

“Fourteen of the students have been released this evening, remaining three students are in captivity”.

Mohammed Bashir, the school registrar, also said they are in the process of receiving the students.