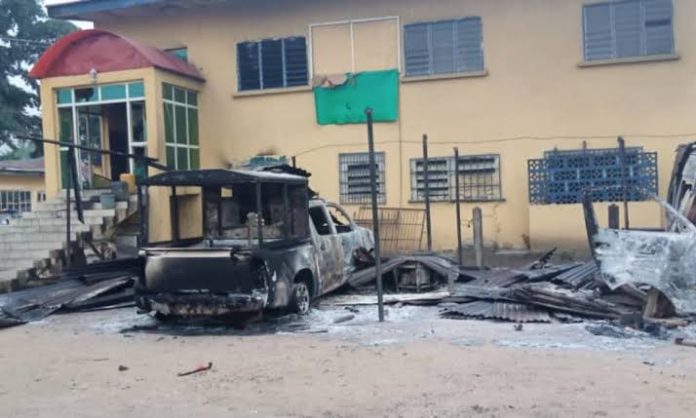 The thugs equally razed the Atta Magistrate and High Court and vandalized the community’s health centre.

The development had caused serious panic in the area, as the youths of the community nearly lynched The PUNCH reporter who visited the area this morning.

His gadgets were seized, damaged and money extorted from him.

The razing of the building took place between 1 and 2am.

Community sources told newsmen that the invaders shot repeatedly for close to an hour before torching the government facilities in the community.

The crown prince of the community, Remigiius Azike, told our correspondent that the incident took place when the villagers had gone to bed.