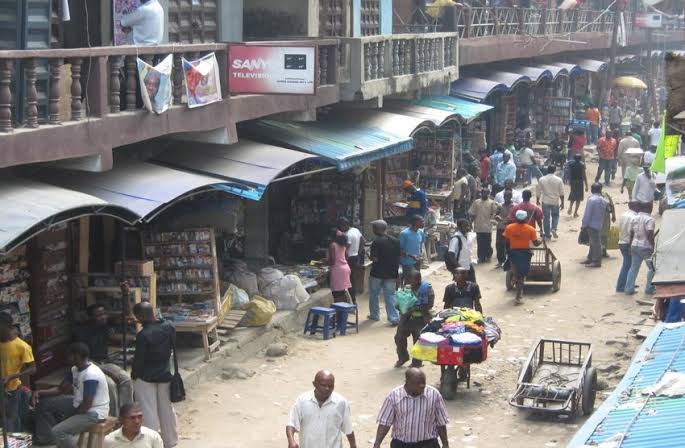 Nnamdi Kanu, leader of the Indigenous People of Biafra (IPOB), claims there is a plot to attack the Alaba electronics market in Ojo, Lagos.

His warning comes after a section of Ladipo market in the Mushin area of Lagos was gutted by fire yesterday.

The cause of the fire is yet to be ascertained as the incident is still being investigated.

While speaking on Radio Biafra, Kanu alleged that there is a conspiracy to attack Alaba market and put the blame on the Eastern Security Network (ESN), a militant arm of IPOB.

“As I said before, they want to attack Alaba international market in Lagos,” he said.

“They want to attack the market and burn it down. They want to attack. I am warning now, and not tomorrow they will say ESN came to Lagos. I want to tell our people in Lagos, to be on the alert to be vigilant because they are coming to burn Alaba market.”

The Kanu-led IPOB has been accused of carrying out attacks on security operatives and their facilities in the south-east.

The group has, however, insisted that it is not behind the attacks.

Three weeks ago, the Lagos police command had said it was investigating alleged threats by IPOB to attack the state.

Reacting at the time, Kanu said the claim was made to fuel division between the Yoruba and the Igbo.

The pro-Biafra agitators recently issued a sit-at-home directive across south-east states from May 29 to 31.

Kanu had said the sit-at-home order was to pay homage to the Biafrans who died during the three-year civil war in Nigeria.