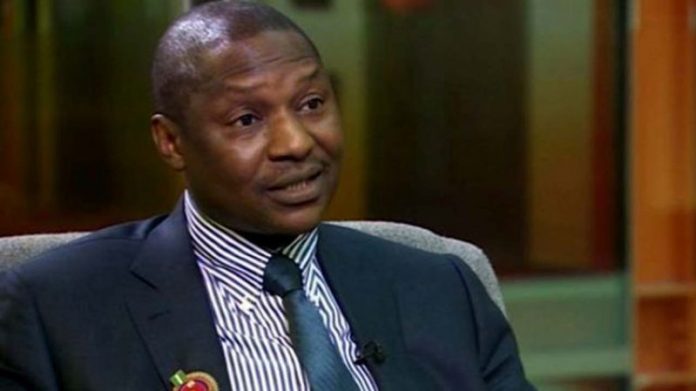 The Attorney-General of the Federation, Abubakar Malami (SAN), on Tuesday logged into Twitter and deactivated his account to show solidarity with the Federal Government which had suspended the social media platform last Friday.

It, however, remains unclear how Malami was able to log into his account since the Twitter URL has been suspended by all Internet Service Providers in the country.

Malami had on Saturday threatened to prosecute Nigerians who were still using the Virtual Private Networks to access Twitter even though no Nigerian law makes it illegal to tweet.

Akintunde Babatunde wrote, “How were you able to deactivate Twitter without VPN? You should be arrested.”

Shoyombo Adebisi KingDavid wrote, “Can you explain how you did that without first logging in?”

“This is evidence that you logged into Twitter today via VPN to deactivate your account which is punishable under your unlawful law. Let us see how you will prosecute others without throwing yourself in jail,” Roy Ekwueme wrote.

The National Broadcasting Commission had on Monday ordered all television and radio stations to deactivate their Twitter accounts.

The Federal Government had last week suspended Twitter barely two days after the social media platform deleted a Tweet by the President, Major General Muhammadu Buhari (retd.), on the Biafran war which many found repugnant