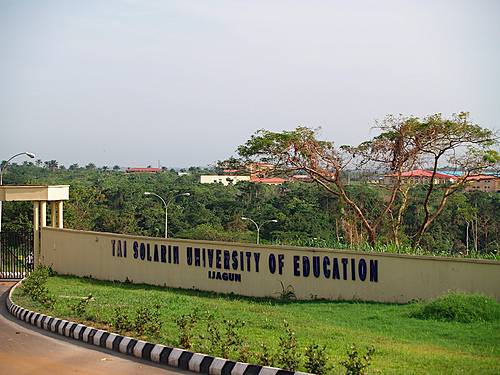 The governor broke the news on Saturday during the All Progressives Congress (APC) campaign at Odogbolu town in Odogbolu LGA ahead of the state’s council election billed for July 24.

Abiodun said the gesture was in honor of Adetona, the Awujale of Ijebu kingdom, for his contributions to the enhancement in teaching and studying of science and technology education in the state.

The governor also reiterated his administration’s commitment towards education development in the state, describing it as an essential tool for societal growth.

Abiodun also announced plans to set up a special task force to address cultism in tertiary insitutions and other parts of the state.

“I am setting up a special task force on cultism because we are working towards making this state the number one state in this country, and any attempt to undermine that by way of cultism is an act of sabotage and we will put an end to it,” he said.