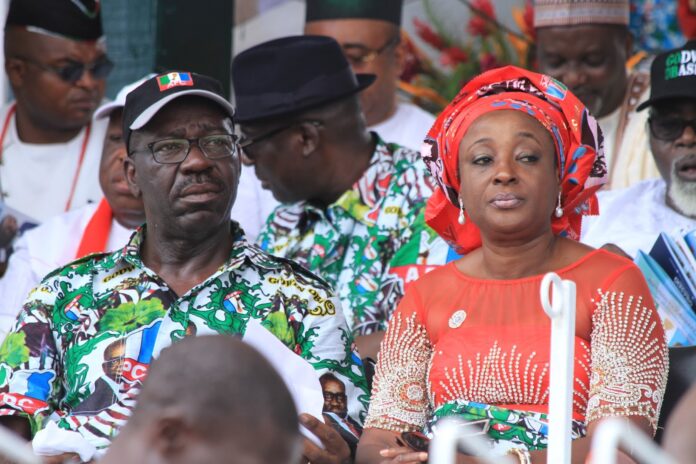 Edo State First Lady, Mrs. Betsy Obaseki has for the first time openly spoken on the absence of children in her home and chided those who have used the issue to make politics.

She described such people as lacking understanding of the times and seasons that are in the hands of God.

Mrs. Obaseki spoke on the issue when answering a question during a zoom meeting. 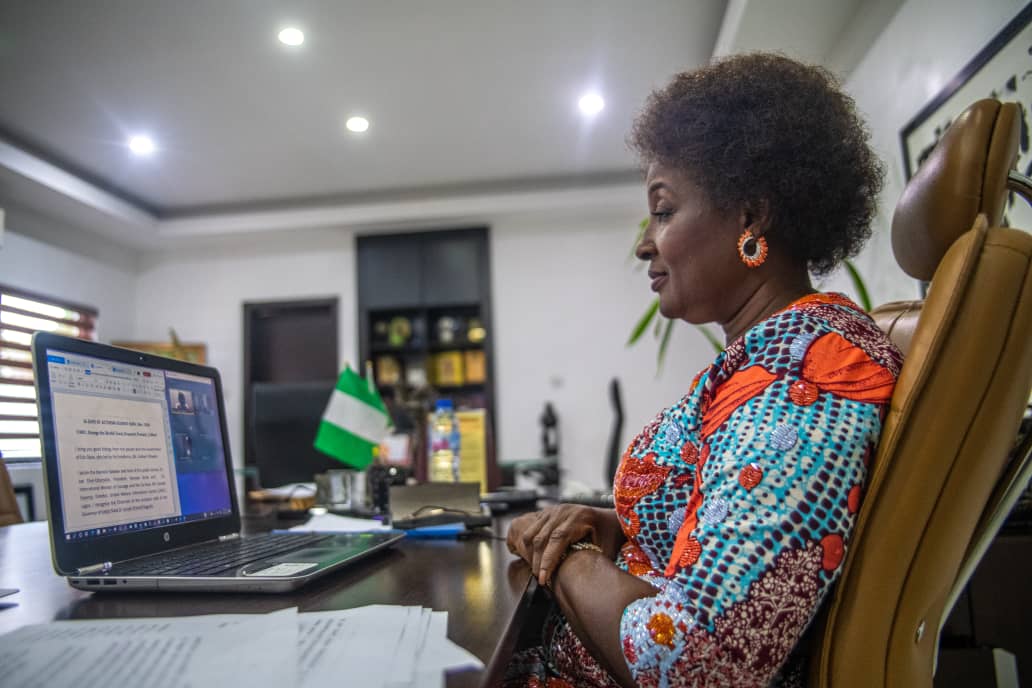 Responding to a question from a caller based in Britain on not having her biological children, Mrs. Obaseki said:

“I hear some people saying all sorts of things about us but I know nobody in his right senses would make jest of people who do not have their own children, but my advice for those in my shoes is to ignore them and focus on God.

“Children are a gift from God, so one must be patient with God and I really don’t mind what humans are saying as I know I have many children here in Edo to care for as the wife of the governor.

“On the other hand, I will advise proper check-up and do other things as advised by medical experts, do all medical investigations, but you know at times everything is right with you and it’s not just coming but that is when you actually need to hope on God”.

“You could try many other ways like IVF etc, but at times they don’t work, but you must be calm, relax and leave everything to God. For me, I’m very busy here in Edo, especially with my husband being the Governor, we have more than enough children here in Edo to care about and I really pity those mocking us. They don’t understand the issues of life”.

She noted that her husband has placed high premium on women empowerment programmes in Edo State, saying over 400 women were already part of government at different capacities.

“My husband has absolute confidence in Edo women, he has always talked about their loyalty and trustworthiness that is why he has over 400 of them in his government at different levels and he has always praised them for putting up excellent performances in their position,” she said.