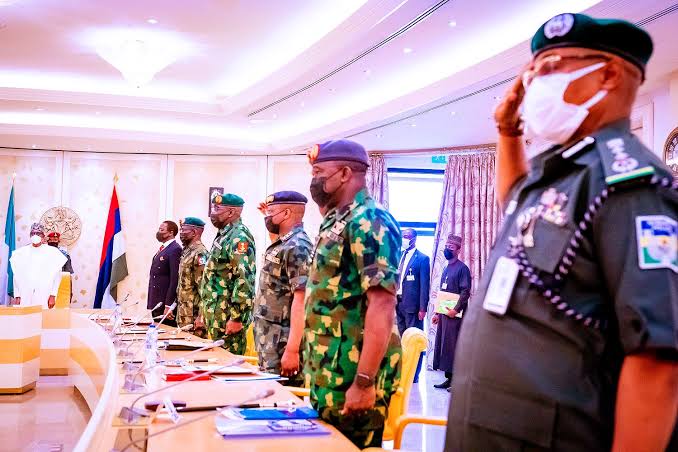 President Muhammadu Buhari says he is not prepared to leave office as a failure and he is determined to turn things around in the war against insecurity. 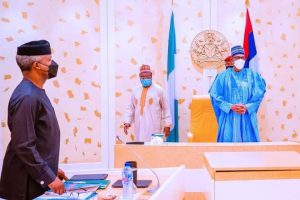 The president spoke today after he met with the security chiefs at the presidential villa, Abuja.

Monguno said although the military has “recorded successes”, the president is determined to achieve a turnaround in the fortunes of the country.

He said: “It is evident that a lot of successes have been recorded. Large numbers of people are surrendering in the north-east as a consequence of the relentless efforts of the armed forces, intelligence and security agencies. 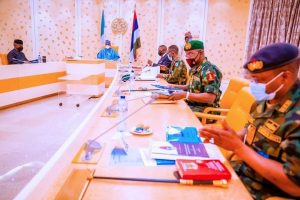 “This is very, very evident. We’ve never had such large numbers of people defecting from the other side, back to the Nigerian side, mainly, as a result of many issues within the theatre, issues of infighting among the various factions of the terrorist groups.

“But the new drive of the armed forces, the police, the intelligence agencies, there’s been greatest cooperation, greater synergy intelligence sharing, as well as our partners in the regional intelligence fusion unit.

“So the president was briefed, the president is quite happy that there’s been tremendous success, especially with the advent of the new service chiefs and inspector-general of police.

“And he’s also made it very, very clear that he’s not ready to exit government as a failure. He is not going to tolerate that he’s made changes and is ready to make further changes if he is not satisfied. He is completely determined to ensure that there’s a turnaround in the fortunes in the theatre of operations.”

He added that “the atmosphere is improving” in the north-east and north-west, but “a lot has to be done”.

The NSA said the issue of hunger in the country, which he described as an “emergency situation”, was also discussed at the meeting.