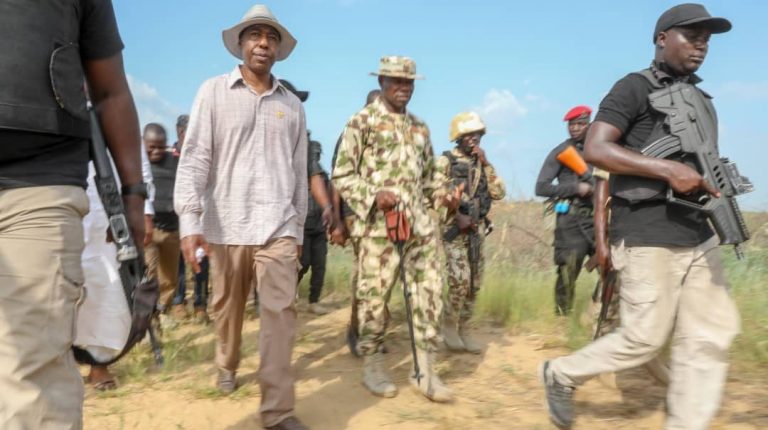 Babagana Zulum, Borno governor, says he has been attacked by Boko Haram insurgents “more than 40 to 50 times”.

Speaking yesterday while briefing state house correspondents after meeting with President Muhammadu Buhari at the presidential villa, Zulum said over 100,000 people have been killed in the 12-year-old insurgency in the north-east.

The governor said about 2,600 insurgents have surrendered and are now in custody, adding that not all of them are criminals.

He said many of those who surrendered are women and children who were forced to join the insurgents and trained to handle AK-47 rifles.

“I came to brief Mr. President over the ongoing surrender by insurgents. I think, to me, and to the greater majority of people of Borno state, this is a very good development,” Zulum said.

“In the last 12 years thousands of lives were lost; people have completely lost their means of livelihood. We have a total number of over 50,000 orphans and widows; these are official figures. The unofficial figures are more than this, and we were able to cultivate not more than three percent of our total arable land because of the insurgency and right now, the whereabouts of not less than 10 percent of people of Borno state is not known to all of us at all.

“This is a very serious matter and I think the report of the surrendering of the insurgents, to me in particular and to the greater people of Borno state, is a very welcomed development. Unless we want to continue with an endless war, I see no reason why we shall reject those that are willing to surrender.

“I’ve been in this. For the last 11 or 12 years, I was attacked for more than 40 to 50 times. I know the magnitude of this problem. More than 100,000 people were killed, I’m telling you. Therefore, I’m in total support of this ongoing surrender by the insurgents, we support them and those who have surrendered shall be dealt with according to the extant rules and regulations.