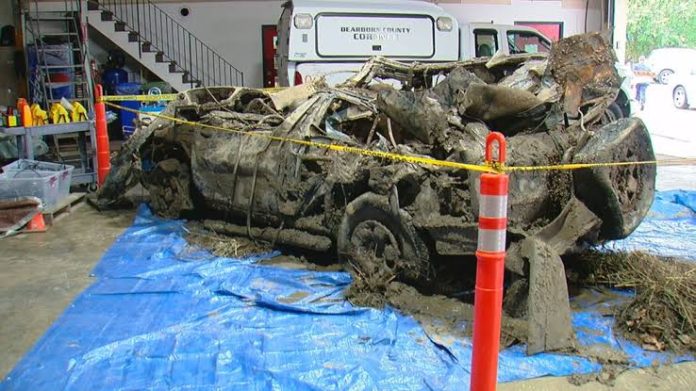 Search crews pulled from the Ohio River in Indiana an SUV that belonged to an Ohio mother missing since 2002 along with her two young children, authorities said on Friday.

Side sonar scan technology led divers to the 1997 Nissan Pathfinder almost buried in mud at the bottom of the river on Thursday near Aurora in southeastern Indiana, across the state border from where the family lived in Ohio, Indiana State Police said Friday in a news release. 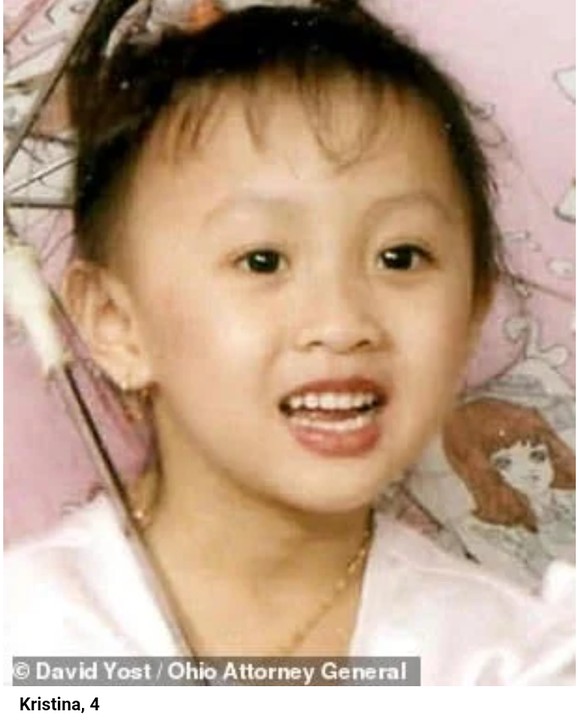 The vehicle was registered to Stephanie Van Nguyen, who in 2002 disappeared with her four-year-old daughter, Kristina, and three-year-old son, John.

Van Nguyen left a note that she was going to drive into the Ohio River, but her vehicle was not located at the time, police said. 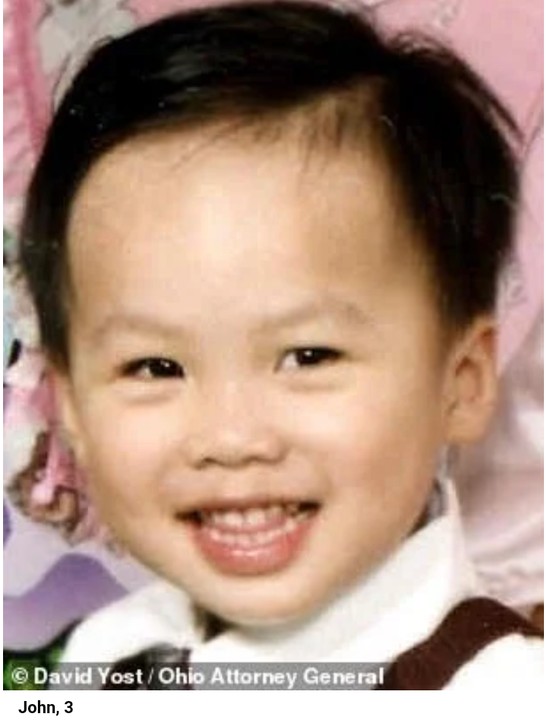 Dive teams are seen searching the Ohio River near Aurora, Illinois for the vehicle this week.

Advances in sonar technology and the looming anniversary prompted cops to reopen the case 6months ago. 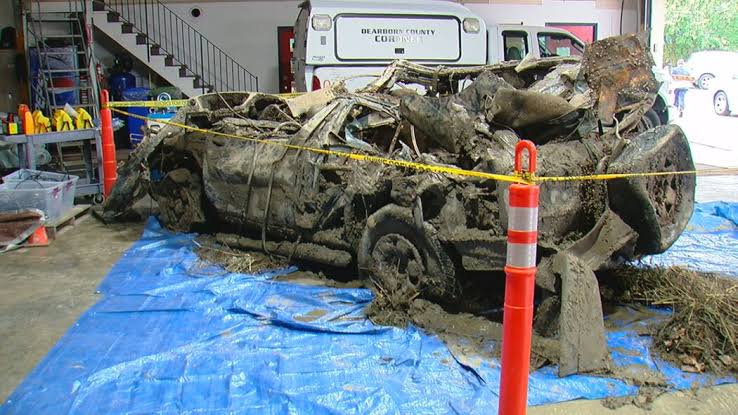 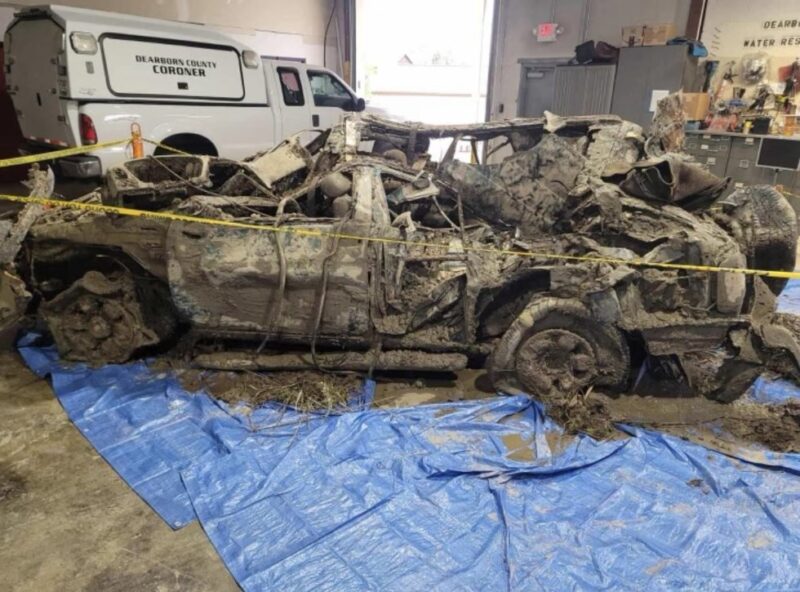