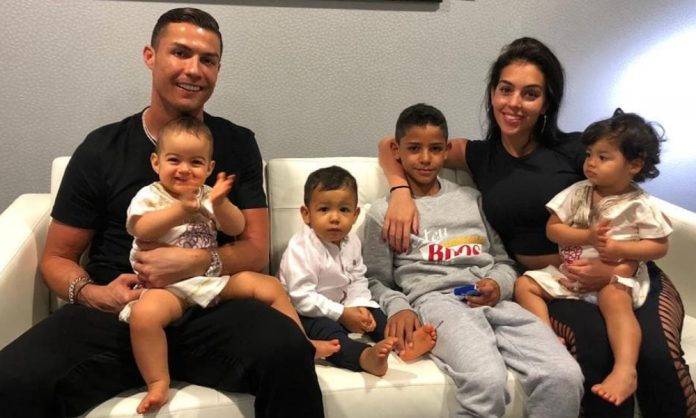 Cristiano Ronaldo, Manchester United star, has announced that he is expecting twins with Georgina Rodriguez, his partner.

The five-time Ballon d’Or winner — who is already a dad of four — broke the news to his over 360 million Instagram followers yesterday.

Ronaldo also accompanied the post with a photo that shows him holding a sonogram image as he lies in bed with the Spanish model.

The development means the 36-year-old Portugal international will soon become a father to six children.

Ronaldo already shares daughter Alana, 3, with Georgina and has a son Cristiano Jnr, 11, and Eva and Mateo, who are also twins aged four.

The second photo in Ronaldo’s post also sees him in a pool with his four kids — with all five of them holding up two fingers in honour of the two babies on the way.