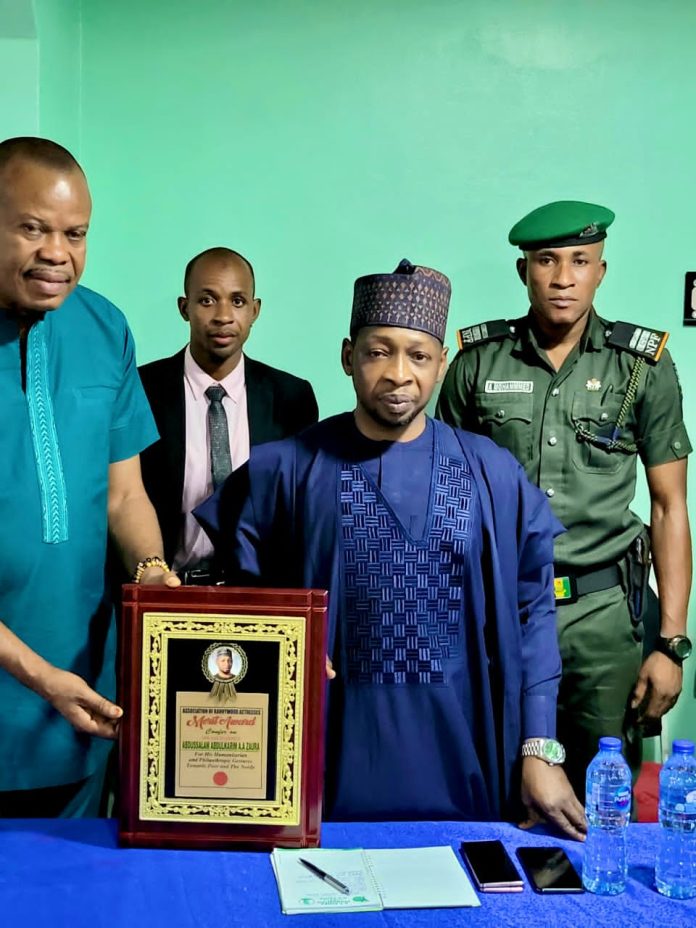 ……Received sponsored song by the Association

The Kano All progressives Congress APC Chieftain, and founder of the AA Zaura Foundation, His Excellency Abdulkarim Abdussalam Zaura has received Association of Kannywood Actress Merit award and a Solidarity song sponsored by the women group on Thursday.

The award was presented by Chair Lady of the Association, Hajiya Fatima Lulu with Support from some Excos. She said the appreciation was as a result of Zaura’s assistance and philanthropist activities to the poor and needy, Lulu said this Commendation is pertinent to show him that people are up to speed and mindful of his altruistic activities.
She said, aside the award, they have contributed from their personal savings to sing a Song of support and solidarity for him; this is to also encourage him that they are ready to support him even with their money.

On his part; AA. Zaura while responding, appreciate his physical recommendation and assured them that he will continue to put in his best at seeing that People get it so easy in Life through him, he called on the women to be of integrity and avoid any act that will temper with their personality.
While calling on them to return back to school for educational upgrade, he assured them that from his part he will set up a Committee that will see to sponsoring them to further their Education.

He added that, the need to further education is significant as nothing in today’s world is progressive without education, citing an instance with him, saying, just last week I graduated from a second Degree just to update myself to current realities and very soon I will go further so that I continue to go with time if Almighty Allah sphere our lives.