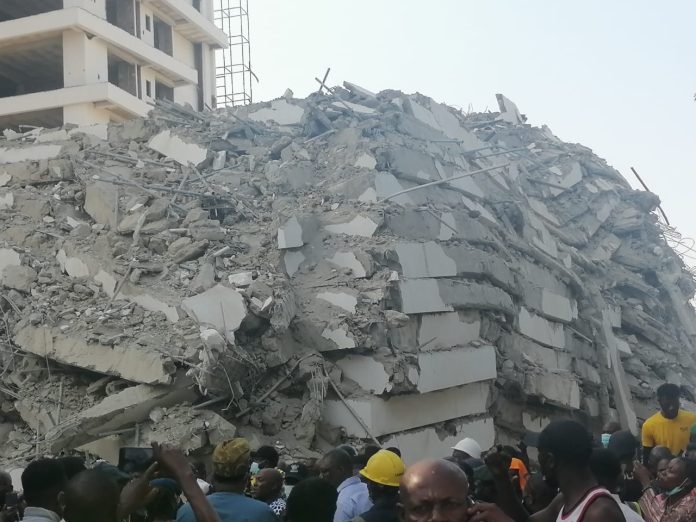 The Lagos state government says 29 families have submitted DNA samples for identification of their relatives believed to have been trapped in the building which collapsed in Ikoyi.

In a statement yesterday, Gbenga Omotosho, Lagos commissioner for information, said the bodies would be released during the week as soon as proper identification is done.

“The identification of bodies of the victims of the Ikoyi building collapse has continued at the IDH, Yaba, Lagos Mainland,” the statement reads.

“Twenty-nine families have come forward to submit samples for DNA to identify bodies that they wish to claim. In cases where identification is clear and there are no arguments, the bodies will be released to the families as from this week.

“A committee to supervise the identification and release of the bodies has been set up. It comprises senior officials of the Ministry of Health and the Ministry of Justice.”

He added that recovery operations will continue at the scene of the debris “until the site is cleared and no body is left in the rubble of the collapsed 21-storey edifice”.

He also said the panel of inquiry set up by Babajide Sanwo-Olu, governor of Lagos, “is collecting documents that may help unravel the mystery of the collapsed building”.