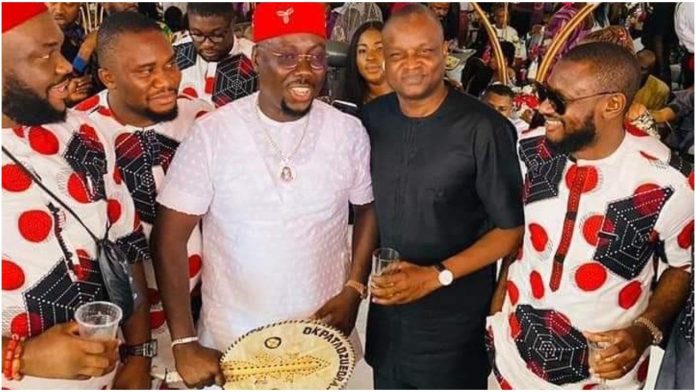 A heavily armed group, identified as “The Angry Vipers”, has threatened to attack Anambra-born businessman and socialite, Obi Cubana, due to the presence of Deputy Commissioner of Police, Abba Kyari, at his mother’s burial.

The burial, which was held at Oba, Anambra State in July 2021, was a lavish display of wealth as Obi Cubana buried his mother in grand style.

Several celebrities, business people and politicians turned out in large numbers for the funeral, including Abba Kyari, as pictures of Obi Cubana and the police officer went viral on the internet.

Reacting to the presence of Kyari at the burial, the armed group noted that Obi Cubana will soon hear from them.

In a video that has gone viral, The Angry Vipers said, “To the kings and chiefs in our land, you have decided to reduce yourselves to less than used sanitary pads. You are now being toiled about by uncircumcised Fulanis due to your idiocy and bribery. We, the Angry Vipers, are giving you 21 days to leave our land unless Mazi Nnamdi Kanu is released.