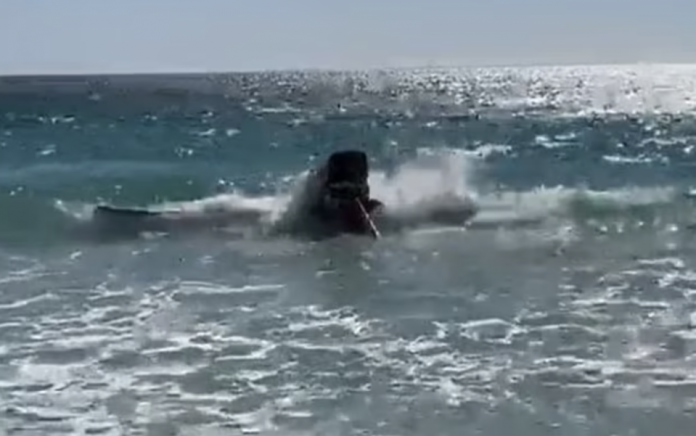 A pilot and his passenger have remarkably survived crashing into the ocean at City Beach in Perth after encountering engine trouble on a flight.

Police were quick to arrive on the scene at the seaside hotspot 10km from the city’s CBD after receiving reports an aircraft crashed into the water around 3.30pm local time.

It has since been confirmed the aircraft was a small plane which encountered engine trouble and both the pilot and passenger were forced to swim 20 metres to shore after landing in the ocean.

Scenes over in Perth. Plane has crashed into the ocean at City Beach – I’m told due to engine failure. No one believed to be injured pic.twitter.com/7Yt57TKCuf

The crash was witnessed by many beachgoers who were out enjoying the 31 degree temperatures in the western state.

WA Police Inspector Vic Hussey said the two men had been roughly 20 to 30 minutes into a hobby flight from Jandakot Airport when the pilot reported a problem with the plane.

‘He’d flown north across the coast, he just said to me he was looking for a safe spot to land and the safest spot he could work out was the ocean so that’s where he’s landed,’ Inspector Hussey said.

He also commended the efforts of the pilot and those who heroically went to help amid the choppy conditions.

Inspector Hussey added the pair are ‘all good’ and ‘should go and buy a lottery ticket’.