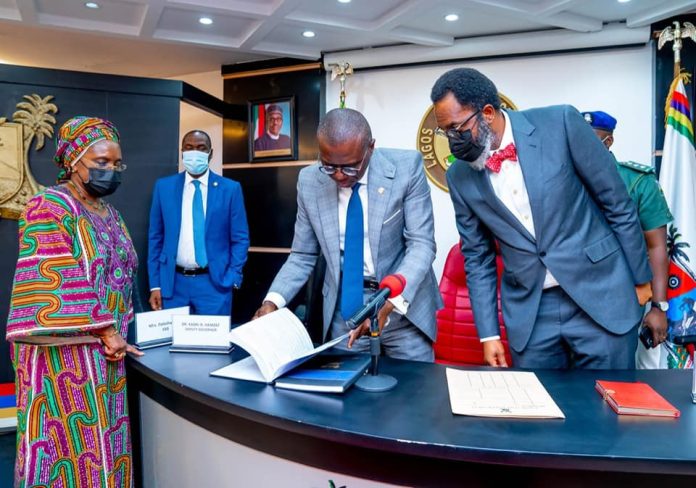 The Lagos State Judicial Panel of Inquiry on Restitution for Victims of SARS Related Abuses and other matters says at least nine persons were confirmed dead at the Lekki toll plaza on the night soldiers stormed there to disperse #EndSARS protesters on October 20, 2020.

The Justice Doris Okuwobi-led panel made this known in its report submitted to the Lagos State Government on Monday.

Titled, ‘Report of Lekki Incident Investigation Of 20th October 2020’, a copy of which was made available to newsmen, the panel said at least 48 protesters were either shot dead, injured with bullet wounds or assaulted by soldiers.

According to the report, nine protesters were confirmed dead, while four were presumed dead.

The panel listed 48 names as casualties of the incident.

Among the 48, about 20 sustained gunshot injuries, while 13 others were assaulted by the military.

The panel also noted that 96 other corpses were presented by a forensic pathologist at the Lagos State University Teaching Hospital, Prof John Obafunwa.

According to the 309-page report, the protesters were allegedly killed by policemen and soldiers.