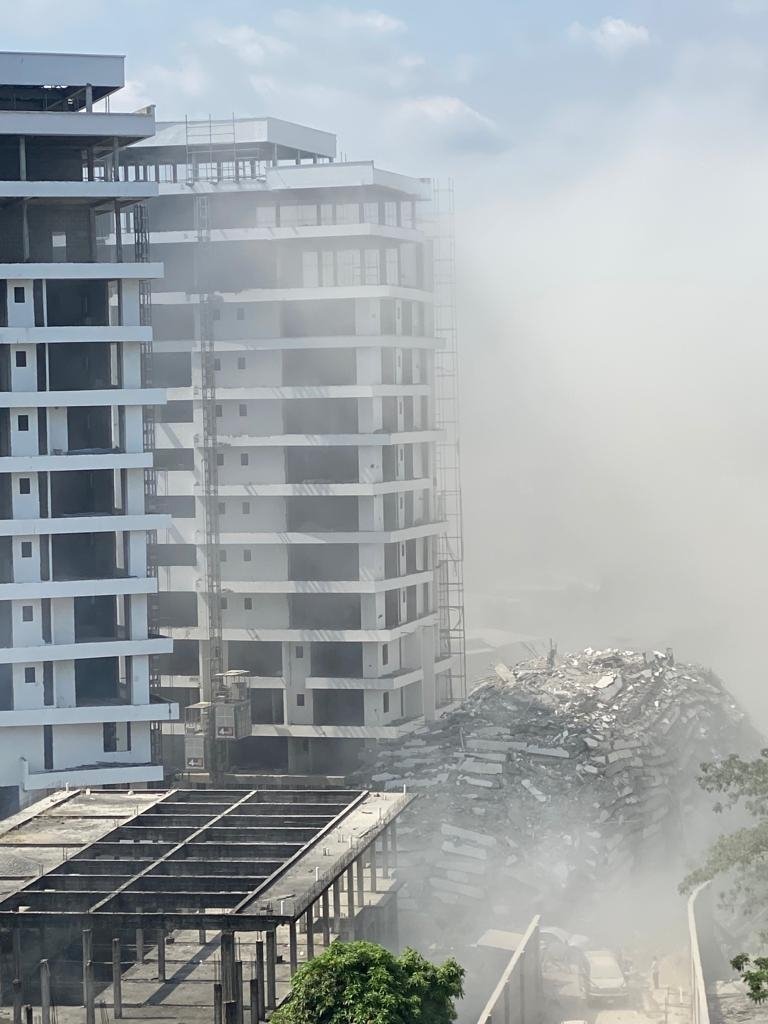 The Nigerian Institution of Structural Engineers (NIStructE) says the 21-storey building that recently collapsed in Lagos state was originally designed to be six floors.

The structure, which was being developed by Fourscore Homes, caved in on November 1, leaving over 40 people dead.

Femi Osibona, owner of Fourscore Homes, is one of the 45 persons who have so far been confirmed dead.

In a statement yesterday, Kehinde Osifala, NIStructE president, said the changes made to the project appear to “have been seriously inadequate”.

“There are clear indications of several design brief changes on the project and the engineering and management of these changes appear to have been seriously inadequate,” Osifala said.

“The building that collapsed was initially designed for just six floors, and later to 12 floors, before this was further changed to 15 floors.

“It could not yet be established the adequacy of any properly designed and documented further revision to the eventual (and tragically, final) 21 floors that was being implemented and which collapsed.

“There are also indications that more than two structural engineering design firms worked on the project at different times.

“The preliminary investigation also revealed some evidence of structural inadequacy in the construction and that signs of some structural distress had already started to show within certain elements of the building. Some remedial measures were already being undertaken to address some of this.

“The method of implementation of this was not in accordance with sound structural engineering practices.”

The NIStructE president also said lack of proper quality control during the construction of the building was evident.

“All the above findings, which are very significant from the structural engineering point of view, need to be investigated further during the detailed investigation stage so that all factors related to the cause or causes of the collapse can be truly established and the appropriate lessons identified and implemented,” he said.

“It is our view that the outcome of our preliminary investigation will give a general indication of what likely led to the unfortunate incident.”