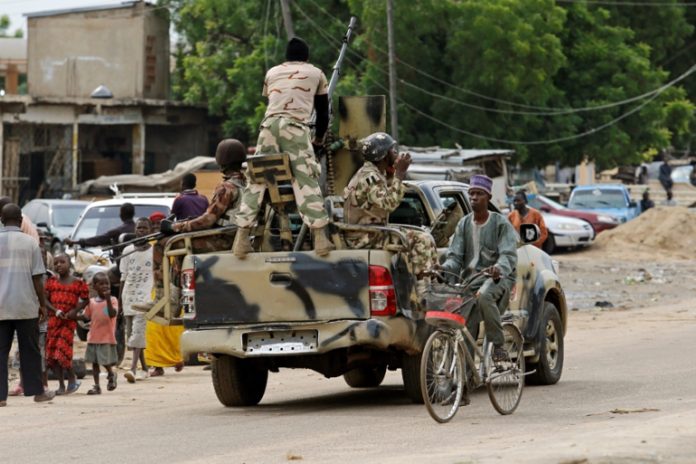 About six civilians have been wounded as troops of the Nigerian Army repel an attack by suspected members of the Islamic State in West African Province (ISWAP) in Damboa, Borno state.

The insurgents who came in about 10 gun-trucks attacked the town in the early hours of today.

Military sources told newsmen that the insurgents came in through Sabon Gari area of the town.

The attack was, however, repelled by the troops after a battle which lasted for about two hours.

Sources said the insurgents who were overpowered by the troops retreated through Sandia village.