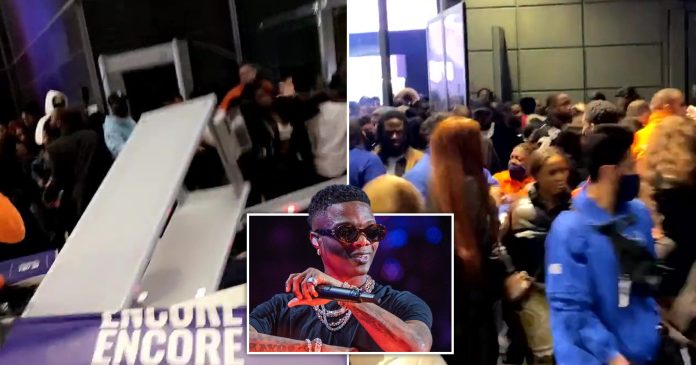 Fans of Wizkid breached the security at London’s O2 Arena yesterday night to break into the Grammy-winning Afropop singer’s concert.

According to BBC, a spokesperson who spoke on the development said security at the scene was temporarily breached but the situation was gotten under control.

“A breach of the security cordon on the arena entrance occurred. A number of fans in the queue were able to enter the venue,” the spokesperson was quoted as saying in a statement.

“The situation was quickly contained by staff and the incident resolved.”

The ‘Ojuelegba’ crooner is expected to return to the venue Monday and Wednesday for the final two shows.

“The venue is reviewing security procedures for the remaining shows this week and advises fans to arrive early for security checks tomorrow night and again on Wednesday,” the statement added.