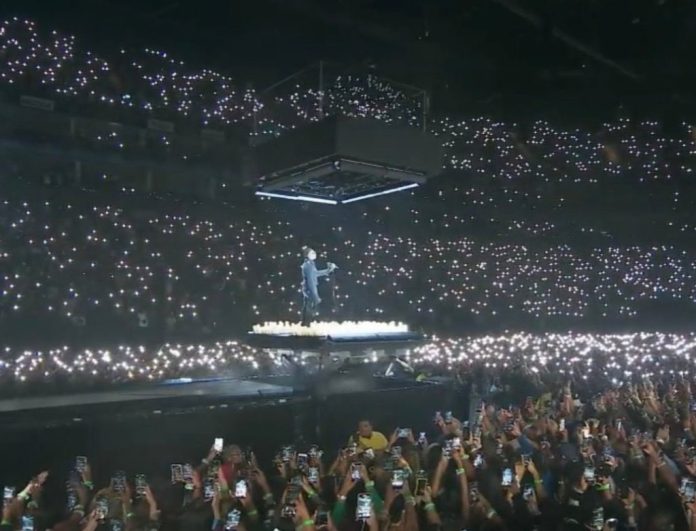 Wizkid, the award-winning Nigerian singer, has begun his much-awaited tour for ‘Made in Lagos’, his hit album, at London’s O2 Arena.

The ‘Ojuelegba’ crooner thrilled his audience at the 20,000-capacity facility on Sunday night as he performed some of his hit songs on stage.

Wizkid was also joined on the stage by several other music stars including Tems, Chris Brown, Tay Iwar, and Skepta.

The music star is scheduled to perform at the O2 Arena for three days as part of his 17-city tour for ‘Made in Lagos’. The tour is also expected to end on December 1.