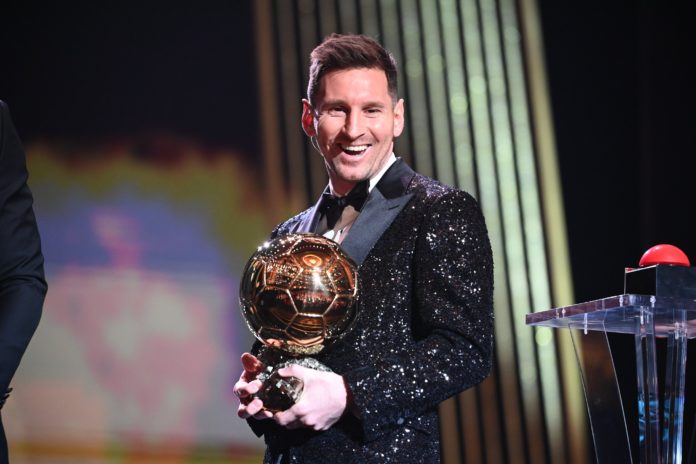 The award ceremony, which returned after a year’s hiatus due to the COVID-19 pandemic, was held at the Théâtre du Chatelet in Paris, France yesterday evening.

The Paris Saint-Germain forward ended his long wait for a major international trophy when he helped Argentina win the Copa America in the summer.

He also guided Barcelona to Copa del Rey glory before moving to the French capital in August.

Lewandowski, however, won the maiden ‘Striker of the Year’ award – one of the two new awards introduced by France Football in 2021.

In the women’s category, Alexia Putellas, Barcelona’s midfielder, clinched the Ballon d’Or to become the third woman to achieve the feat.