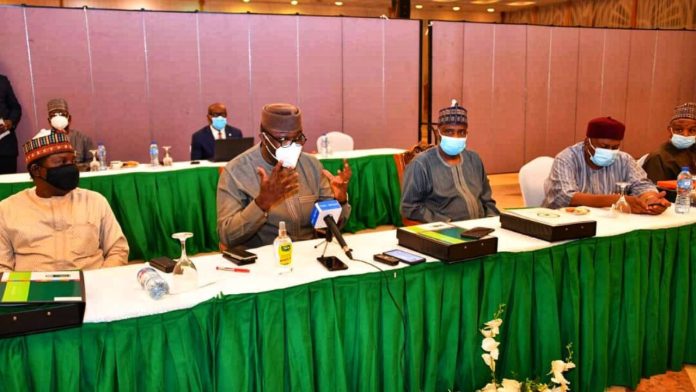 As the game for who becomes Nigeria’s President in 2023 becomes hotter by the day, there is an imperative need for a cursory look at Nigeria’s political journey since the return of democracy in 1999.

From the pioneering democratic leadership of Chief Olusegun Obasanjo to the Short lived Administration of Umaru Musa Yaradua, whose tenure was subsequently completed and capped by his vice, Dr Goodluck Ebele Jonathan through a fresh election, and finally the current dispensation of President Muhammadu Buhari, the Nigerian nation could be best described as having seen it all.

In the sequence of the listed Nigerian Presidents, one thing is strikingly clear, and it is; that while two, namely; Chief Olusegun Obasanjo and the incumbent, President Muhammadu Buhari are both former military Heads of State, the other two were former Governors of their respective states.

It is correct to state that while former President Olusegun Obasanjo and President Muhammadu Buhari emerged as Nigeria’s President from their respective regions of South West and North West, the late president, Musa Yaradua as well as his successor, Dr Goodluck Ebele Jonathan scaled to the number one position as political graduates as state governors.

They had their fair experience of political training firstly as state Chief Executives.

Chief Obasanjo opted to run for the presidency of the country as the candidate of the People’s Democratic Party, and subsequently won with 62.6% of the votes and was consequently inaugurated as the first elected and civilian head of state after sixteen (16) years of military rule.

It is worthy of note that Chief Obasanjo succeeded in winning at least some Western support, but popularly did, owing to silent but formidable support of Britain and the United States.

Fast forwarded to 2015 general elections. It could be best likened to the 1999 elections as President Muhammadu Buhari, an opposition candidate won the presidential election by more than 2.5 million votes, defeating the then incumbent, Goodluck Ebele Jonathan.

He was reelected in 2019 after securing 56 percent of the total votes as he won in 19 states – including the two most populous states of Lagos and Kano.

There is no gain saying the fact that the national political stature and acceptability of the two political giants were major contributors to their ascension to number one positions at their respective periods of victory.

For instance, it is on record that President Muhammadu Buhari carved an unbeatable niche for himself, garnering international recognition and respect while he held sway as Chairman of Petroleum Trust Fund (PTF), when he displayed record breaking level of honesty and transparency in handling the affairs of the fund.

Watchers are already saying that it is safer if Nigeria’s next president will emerge from within the serving governors, saving the nation from another round of fruitless leadership experiment.

The nation is keenly watching the governors to know if this permutation will play out of their hands as it may be difficult to get another Buhari that is a single institution and who has to his credit an overall national acceptability.

It is rather definite that the acceptability of anyone as Nigeria’s president will depend on a chain among the thirty six (36) states of the federation, whereas the governors through their forum are the connecting chain.

The history and processes of the emergence of Late Musa Yaradua and Dr Goodluck Ebele Jonathan are self ventilating as the two became presidents after successfully holding sway as state Governors where they were ‘dramatics personae’ at a level, one can aptly describe as the macrocosm of political theater in the Nigerian context.

It is as clear as crystal that the two former presidents performed to the satisfaction of even their perceived enemies and admirers alike owing to record evidence that they had first, graduated to the number one position in the country from the level of state Governors.

As the 2023 general elections draw closer, it has become most pertinent to bring to fore the gains of choosing the number one person from among the already trained, tested and tacked state Governors with a view to tapping from their political leadership experience and mastery.

It could amount to political suicide if the nation unconsciously plunges itself into another series of political experiment by opting for political neophytes or those who were not structurally screened through leadership furnace such as that of the state governorship position.

The Governors themselves must be conscious of who they truly are, as second level executive graduates on whose shoulders the responsibility of producing the next president lies.

They must guard themselves in unity, decorum and national disposition by taking hard look at the dire necessities of the present political circumstance of the country.

They must shun sectionalism but should form a common front with an aim to achieving the Unity, progress and wealth of the Nigerian Nation.

One could recall with nostalgia the memorable days of the powerful and result oriented governors’ forum under the Chairmanship of the present Minister of Transport and former Governor of Rivers State, Rotimi Chibuike Amechi.
The present crop of state Chief Executives must remind themselves of the vision and essence of the same forum which was ab initio created as a non-partisan platform tailored to enhance collaboration among the executive governors of Nigeria.

Other present and former political heavyweights must understand that the sustainability of the Nigerian democracy of today is not all about ‘myself’ nor positions held but the connectivity of the level aspired for, en-route from the former.

The Electorates must be reminded that it is not about ‘my people’ but about a national personality whose image is capable of fostering the unity, oneness and ‘villagization’ of the Nigerian nation stemming from previous leadership training, disposition and exposure.

At this material moment of the nation’s chequered history, Nigeria needs a leader who will reinvent a nation where sectionalism, agitations and bigotry are totally diminished and buried with reverberating symphonies of our Unity songs, anthem and pledges sung and recited at every Hamlet.

If these form our political guide as the 2023 general election draws closer, Nigeria, no gainsaying the fact will surely become better, and will swiftly crawl out of its present economic and security woods, birthing a brand new country with global appeal.

*Only a tested and trusted sitting State Governor can achieve this, if elected Nigeria’s next President*