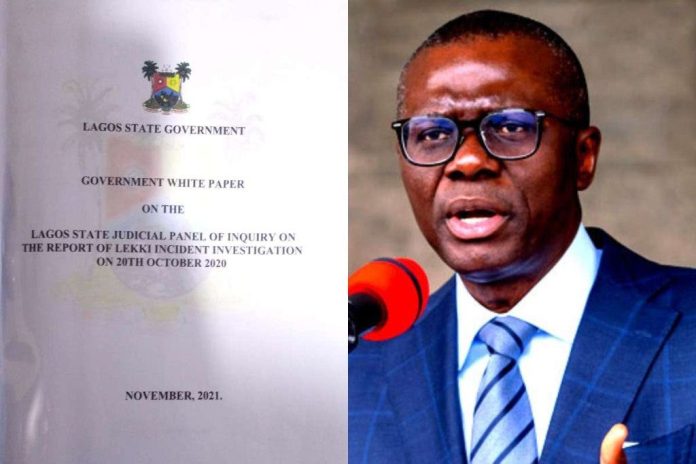 Femi Falana, human rights lawyer, says the white paper on the report submitted by the Lagos judicial panel on police brutality is illegal.

On November 15, the Lagos judicial panel submitted two documents — a consolidated report on police brutality and an investigation into the Lekki shooting incident — to the state government.

After receiving the report, Babajide Sanwo-Olu, Lagos state governor, constituted a four-member committee to come up with a white paper on the panel’s recommendations.

Citing section 15 (2) of the Tribunals of Inquiry Law of Lagos State, Falana said the report of the judicial panel is as effective as a judgment of the Lagos state high court, thus its findings can only be challenged in a competent court.

“It was my view that since the committee is unknown to law, the members were not competent to edit, modify, alter, edit or reject the report of the commission,” he said.

“More so, that the members of White Paper committee did not have the opportunity of taking evidence from the witnesses who had testified before the commission.

“I argued further than that the governor cannot reject the report, summary of evidence and findings of the Okuwobi Judicial Commission in any material particular.

“I am not unaware that it is the practice of governments to issue a white paper on the report of a commission of inquiry. But since there is no provision for a White Paper under the law the Lagos state government is bound by the findings and recommendations of the Panel.

“Therefore, any institution and individual indicted by the commission may wish to approach the High Court to challenge any aspect of the report. Since the White Paper committee is illegal its findings are of no moment.”