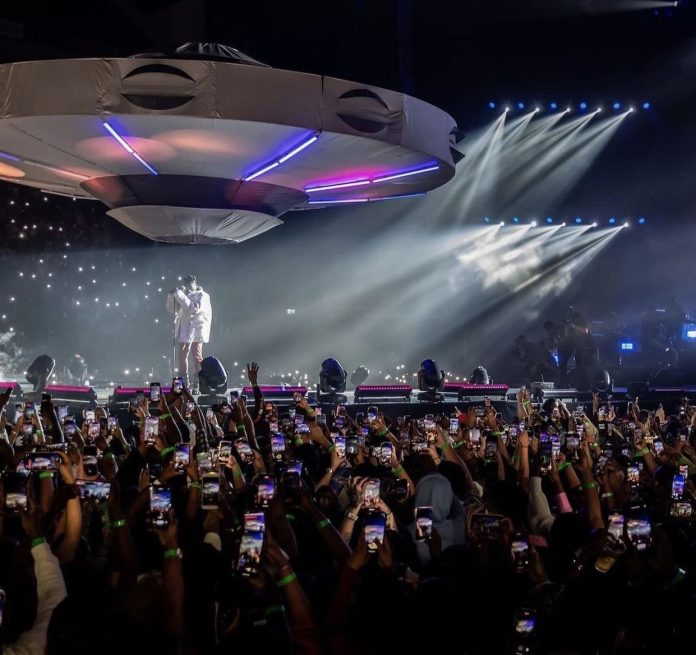 Notwithstanding concerns about the rising cases of the Omicron COVID-19 variant in the country, Nigerian musicians are still forging ahead with plans for their respective concerts this December.

Also, Lagosians — especially the youth — appear excited as they continue to make plans for festivities during the yuletide which is commonly referred to as ‘Detty December’.

A total of 385 new COVID-19 cases were detected by the Nigeria Centre for Disease Control (NCDC) on Monday, as the federal government continues to work towards ensuring that the United Kingdom and other nations remove the travel restrictions on Nigeria.

However, musicians like Wizkid, who is still celebrating the success of his recently concluded O2 Arena concert; Psquare, who recently made the news after announcing their reunion; and Davido, who will be headlining the Flytime Music Festival, slated for December 24, 2021, have continued to promote their upcoming shows.

Similarly, Burna Boy — who recently announced his historic ‘Burna Boy Presents One Night in Space’ concert that will take place at New York’s Madison Square Garden — will also be headlining a concert in the Eko Convention Centre on December 27, 2021.

There are also other numerous shows taking place in Lagos.

Babajide Sanwo-Olu, Lagos governor, recently alerted the people of the state to a fourth wave of the coronavirus pandemic. He said that in the last three weeks, cases had risen from 0.1 percent to six percent.

The governor had pointed out that most of the continents of the world – including Africa – are now experiencing another wave of the pandemic.

Based on the state’s analysis, Sanwo-Olu said the fourth wave was brought by the non-adherence to the laid down protocol to mitigate the pandemic. He also pleaded with residents to get vaccinated and follow the guidelines regarding the use of facemasks, public gatherings, and travelling.

Despite the singers’ promises in some of their pre-concert publicity that all COVID-19 protocol would be observed, the concern is that most fans always lose their cool in the middle of such high-profile shows.

It remains to be seen how the state government and concert organisers intend to enforce COVID-19 protocol as ‘Detty December’ beckons.