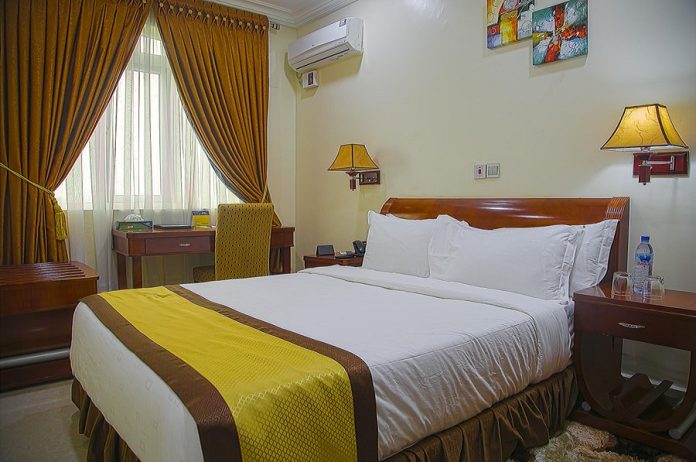 A daredevil young lady has raped a young man (identity withheld) in a Port-Harcourt hotel and robbed him of his phone and other belongings after using a substance on him to lure him away from the point where he was selling.

According to a post shared by the Centre for Basic Rights Protection And Accountability Campaign, the young man who hails from Akwa Ibom alleged that the unknown woman used a substance on him to lure him away from the point where he was selling.

The man later lodged a complaint at the Abacha Road Divisional Police headquarters, Port Harcourt, Rivers State He told the police the lady took him to a hotel where she had carnal knowledge of him while he was still unconscious.

The young man said he only regained consciousness after the said lady abandoned him at the hotel and a room attendant woke him up from sleep upon expiration of the money the lady paid.

The post from the centre reads, “In an interview, with Centre for Basic Rights Protection And Accountability Campaign, the man who hails from Akwa Ibom said an unknown woman used a mysterious substance to lure him to a hotel in Port Harcourt, from where he was selling, sexually assaulted him, left him unconscious, stole his money and handsets.

“He said he was woken up by the room attendant of the hotel after expiration of the money the lady paid. Abacha Road Divisional Police headquarters, GRA phase 2, Port Harcourt where the matter was reported drove him back to his home when he regained consciousness.”

QLA Community is set up to create a community of people passionate about sanitizing the digital lending space, ensuring loan apps play according to the rules and respect Nigerian consumers, and stop abusing and sending derogatory messages to them.

3. For each additional post you make, you get N50.

4. For each reasonable comments you make on other people’s posts, you get N10.

5. Payments are made daily through direct transfer at the end of the day by 12 midnight.

What are you waiting for? Join Quick Loan Arena Community, Create a post, refer others and start earning real money 💰💰💰 into your account!

After you do any of the above, at the end of the day, send a message to our business whatsapp line (0915 382 1578) with the link of your post and account details to receive your earning.

READ ALSO! FG Launches Portal For Sale Of Homes Under National Housing Scheme (HOW TO APPLY)

READ ALSO! How To Apply For CBN ‘100 Companies Every 100 Days’ Project Funding