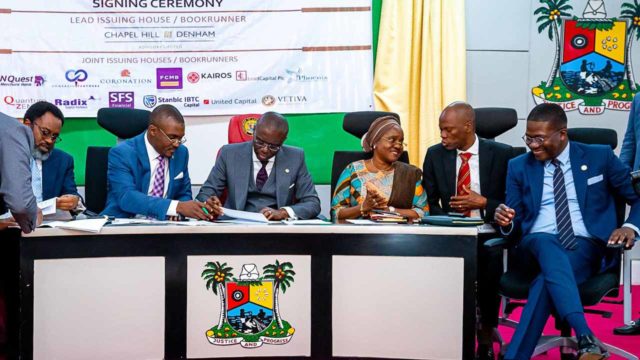 The Lagos state government says the N1.24 trillion targeted revenue in 2022 will be used to fund the N521.28 billion deficit in the budget.

Sam Egube, the commissioner for economic planning and budget, disclosed this during a media briefing at the state secretariat on Friday.

He said the state hopes to amass N980 billion through internally generated revenue (IGR) to finance the budget, with the state internal revenue service expected to generate 73.5% (N599.04 billion) while about 19.2%, culminating in N156.65 billion, is expected to be generated by other MDAs of government.

On November 24 2021, Babajide Sanwo-Olu, governor of Lagos, had presented a proposed 2022 appropriation bill of N1.388 trillion to the Lagos house of assembly for consideration and assent.

After engagements with the respective ministries, departments and agencies( MDAs), an amended bill of N1.758 trillion was subsequently passed on December 29, 2021.